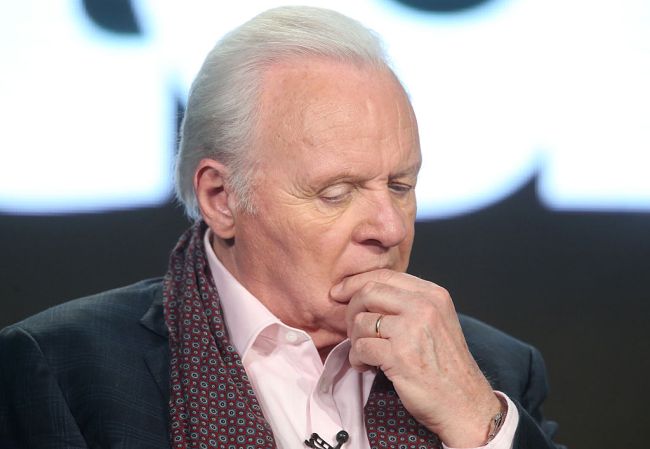 Sir Anthony Hopkins asks a paramount question: “Do you want to live or die?” That is the pressing question that the legendary Hollywood actor asked himself decades ago in order for him to seek help with his alcohol addiction.

With many contemplating getting sober for Dry January that kicks off in only a few days, Hopkins attempts to provide encouraging words to those who want to get sober.

“With gratitude, I celebrate 45 years of sobriety,” the 82-year-old said on Tuesday, his anniversary of when he got sober.

The Oscar-winning star of The Silence of the Lambs acknowledged that 2020 has been a nightmarish year for many during the coronavirus pandemic.

“Hello everyone, good morning. Well, new year’s coming, it’s been a tough year,” the actor said in the black and white video that was shared on Twitter. “A lot of grief and sadness for many, many, many people. But, 45 years ago today, I had a wake-up call.”

“I was heading for disaster, drinking myself to death. I’m not preaching, but I got a message – a little thought that said ‘do you want to live or die?’ and I said ‘I want to live.’ And suddenly the relief came and life has been amazing,” The Two Popes star explained about his life since getting sober in 1975. “I have my off days, sometimes little bits of doubt and all that, but, all in all, I say hang in there.”

“Today is the tomorrow you were so worried about yesterday,” Sir Anthony Hopkins poignantly articulated. “You young people, don’t give up, just keep in there, just keep fighting. Be bold and mighty forces will come to your aid. That’s sustained me through my life.”

“And that’s all I’ve got to say. And happy New Year. This is going to be the best year. Thank you.”

With gratitude, I celebrate 45 years of sobriety. pic.twitter.com/fxzMRGlI4m

Last year, Hopkins discussed his sobriety with Interview Magazine along with fellow actor Brad Pitt, who both starred in 1994’s Legends of the Fall and 1998’s Meet Joe Black.

Pitt said, “I remember on Meet Joe Black, you were talking about it. You had dumped it.”

Hopkins noted, “Forty-five years, almost. But I’m not an evangelist about it.”

“I look at it, and I think, ‘What a great blessing that was, because it was painful,'” Hopkins said of ditching the booze. “I did some bad things. But it was all for a reason, in a way. And it’s strange to look back and think, ‘God, I did all those things?’ But it’s like there’s an inner voice that says, ‘It’s over. Done. Move on.'”