A Guy Paddled 2,500 Miles In Only 76 Days To Becomes First Person To Make Solo Crossing Across Pacific From SF To Hawaii 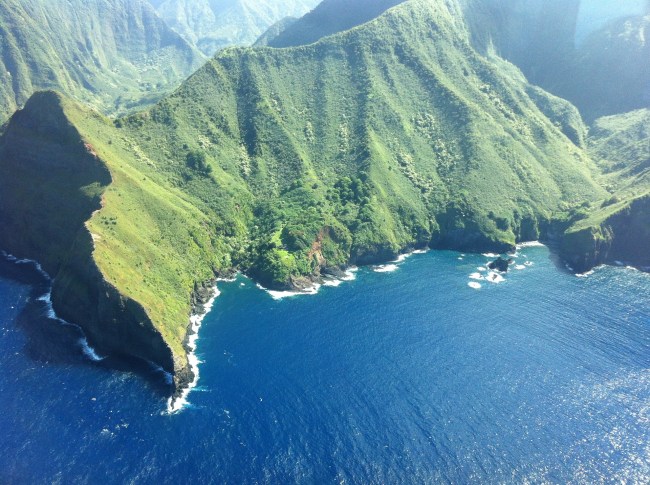 Antonio De La Rosa became the first person to make the solo paddleboarding crossing from San Francisco to Hawaii and it took him 76 days to cross the 2,500 miles across the Pacific Ocean all by himself. He left San Francisco on June 9th and made it to the coast of Molokai, Hawaii on Friday without coming in contact with a single human being between when he left and that fishing captain who spotted him.

There was no motor involved. It was all paddling, warm water currents, waves, and the power of the wind. His paddleboard named the ‘Ocean Defender’ was straight up wild. It was outfitted with a sleeping cabin, storage containers, a desalination unit for the corrosive saltwater, and he had some solar panels to juice up his electronic accessories like GPS and whatnot.

The Ocean Defender paddleboard looked like a cross between a tiny boat and a paddleboard but there was no engine and he did the crossing with leftover food! One part that’s insane to me is how much this boat weighed, 1,300 pounds in total. That is an INSANE weight to paddle 2,500 miles THROUGH A HURRICANE and across an ocean. Here’s an excerpt from Hawaii News Now:

“I carried food for 90 days. And I’m happy. I have extra food on my boat,” he said.
GoPro cameras documented his days and nights at sea.
He estimates he lost about 10 pounds, but never got sick despite very little sleep.
“Every hour I get up, check the GPS, checking the direction, moving the system,” he said.
The effects from Hurricane Flossie pushed him off course and forced him to correct his direction.
“I was to the north, and I think, ‘Oh. What happened!'” he said.
Loaded down the Ocean Defender weighed more than 1,300 pounds. (via)

In total, he estimates this adventure cost him around $100,000. He paid for it using money from various adventure companies he owns back in Madrid, Spain and by bringing sponsors on board. The fact that he only lost 10-pounds on this paddle is wild. He must’ve been taking in A TON of calories from the food he had stashed away in that boat. I hope he caught some badass fish on that adventure too.

Here he is leaving San Francisco Bay back in early June and below that is him arriving in Hawaii this past weekend. It’s unbelievable that he could make this crossing on his own, completely removed from the outside world and no human contact. I’d lose my mind after a week of isolation.

According to Hawaii News Now, Antonio de la Rosa has previously rowed across the Atlantic Ocean and now that he’s become the first-ever person to make this solo paddleboarding crossing of the Pacific Ocean it’s unclear what is next for the 42-year-old adventure junkie.