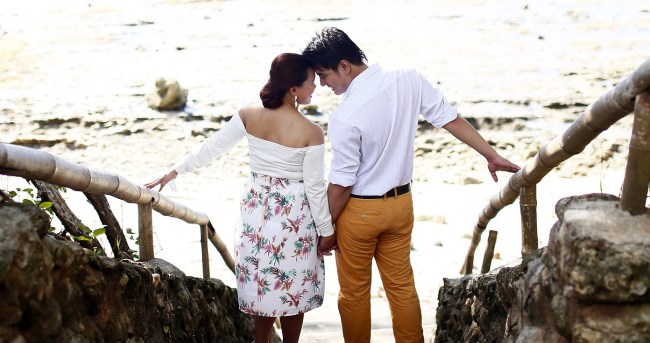 iConsent, a new app being launched in Denmark, gives couples a “24 hour consent contract” to have “one intercourse” is making people mad.

The app is being instituted as part of a new rape law that criminalizes sex without explicit consent, reports The Sun.

And here we thought it could be awkard at times to stop and put on a condom.

Now people in Denmark will have to stop, get out their phone, enter the user number of the person they want to have sex with, and send a request for consent, which can then either be accepted or rejected. Talk about a buzzkill moment.

iConsent will also allow users to view records of their consent history. So, basically, you’ll have a record of how well you’re doing getting laid right there on your phone. No way hackers will try to get any of that information, right?

Lene Stavngaard, the national head of Sex and Society, which is apparently a real thing, said about the iConsent app, “The app is definitely not the solution to getting consent. A sexual relationship is not about a contract, so it shoots completely wrong in relation to the needs that are out there.

“It is very clear that the app was developed by someone who has neither a professional approach to gender, body or sexuality, but also has not listened to what was discussed in the consent debate, because we come back a bit to step one with – is consent a contract or not? I actually think it’s a bit nonsensical.”

The founders of iConsent, of course, disagree.

“In isolation it is also strange that we have to put on a condom. In isolation, it would also be strange if the condom was invented today. But conversely, it is a pretty good idea,” said Carsten Nielsen, co-developer of iConsent.

“So yes – agree. It’s controversial, and maybe it’s weird. But maybe it already feels more normal in a year’s time.”

Do you think something like this iConsent app would ever feel normal? And, better yet, should it? DailyMail.com reports that the app has so far only received 2.3 stars out of 5 for its first two dozen reviews in the Google Play store.