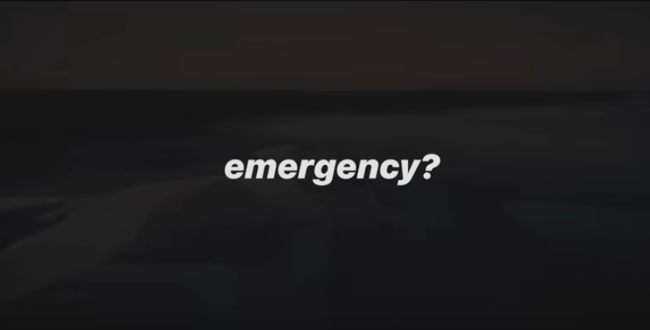 If one of your biggest fears in life is dying alone and suffering, i.e. most of the human population, then a new ad for the Apple Watch Series 7 might just scare the hell out of you.

Apple obviously hopes that by using this unique marketing strategy it will result in many terrified folks out there purchasing one of their smartwatches.

The first plays a call from a woman trapped in her car which has flipped upside down and is filling up with water.

The second recording is of a paddle boarder who was blown out to sea and is desperately seeking someone to help him get back to land.

The third 9-1-1 call is from a farmer who fell down a 21-foot deep well and broke his leg.

These three scenarios that would fit nicely into a Saw movie were used in the Apple commercial because, as they put it in the ad, “With the help of their watch, Jason, Jim, and Amanda were rescued in minutes.” If only John Kramer’s victims had access to this technology, or a cell phone.

Reviews of the commercial used words like sobering, and yes, the Apple Watch does come with emergency SOS calling, a heart rate monitor, and a fall detector, but the way it’s presented makes it seem like if you don’t have the Apple Watch Series 7 you might die a horrible death all alone in the bottom of a well or an overturned car.

Apple doubled down on its terror marketing strategy on Twitter with another rescue of a guy who was knocked out while mountain biking in a forest.

The tweet included the line, “The future of health is on your wrist.”

Bob B. was knocked unconscious mountain biking in the forest. His Apple Watch detected the hard fall and automatically called 911 with his location. The future of health is on your wrist.

Apple turned the comments off on the YouTube copy of their minute-long ad, but still doesn’t have the ability to shut off the internet entirely… yet.

Apple could have conveyed the same message without causing intense fear among such huge number of people. Steve Jobs would be dissappointed.

Nothing like fear bait tactics to generate even more money on a watch that can’t hold battery after 4 months.

Buy our watch OR YOU COULD DIE

AMAZING...now make one with the Foxconn workers who weren't quite able to make it through manufacturing it alivehttps://t.co/drBnoSmBbr

@mmckenna96 I need an Apple Watch right this second. Tomorrow could be too late…