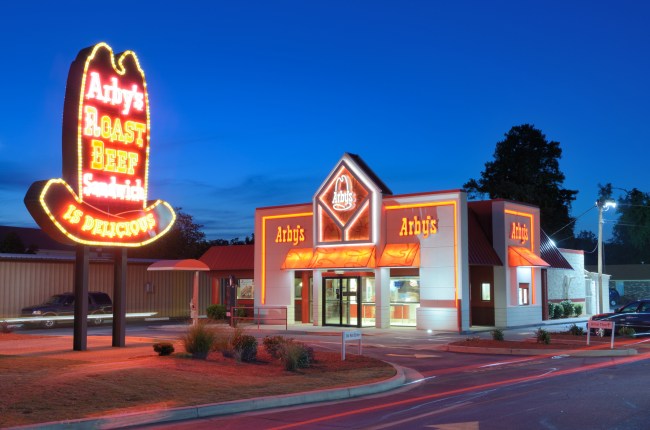 There is absolutely no reason whatsoever that Arby’s fast food bags should be strong enough to hold 25-pounds worth of food. The only conceivable reasons I can come up with is Arby’s wanted to flex on their competitors with the strongest bag in the game or the bags get so soaked with grease they need to overcompensate.

It’s been a hot minute since I’ve last eaten at Arby’s and even longer since I’ve carefully inspected one of their paper to-go bags but there’s apparently a message printed on it stating that Arby’s bags are capable of holding up to 25-pounds.

Someone on TikTok noticed this and put Arby’s claim to the test. They had a 20-pound weight on hand and sure enough, the bag held up fine. Arby’s was later reached for comment about their unnecessarily strong bags and in classic Arby’s fashion they responded it’s “because we have the meats!”

@arbys why are your bags so strong

♬ YOU TAKE THE MOON – renist0ny

The TikTok video has since been viewed over 530,000 times and people all over Twitter are wondering just why these Arby’s bags are so dang strong.

That’s cool but did you know the Arby’s bag can hold up to 25 lbs? I bet you didn’t know that! I just taught you something!

There’s an article over on FoxNews about these comically strong bags that also explains the origin of the name ‘Arby’s’ and it’s not an ‘RBs = Roast Beef’ story. The name is actually a play on the Raffel Brothers’ initials, R.B., the original founders of Arby’s back in the 1960s. There’s a solid explainer on that here if you’re interested.