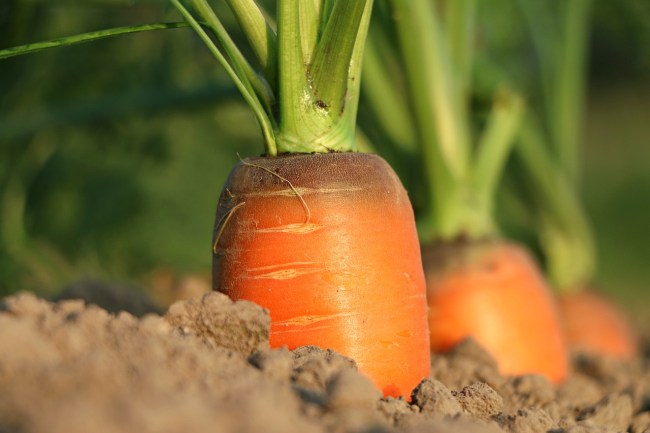 At this point, you have to have your head firmly superglued inside your ass if you don’t think climate change is a pressing issue and people around the world are doing everything they can in order to delay a Day After Tomorrow scenario before it’s too late.

There are plenty of factors that are contributing to the impending apocalypse, and as someone who skews toward the carnivore side of the food spectrum, I begrudgingly acknowledge that there’s evidence the meat-industrial complex may be playing a role.

I’m probably not going to pivot to a vegetarian lifestyle any time soon as I—like Ron Swanson—am not a huge fan of food that my food eats. However, that doesn’t mean I’m not open to alternatives.

A couple of weeks ago, we shed some light on one of the hottest trends in the food world right now: fake meat. In the past year or so, Beyond Meat’s stock price has skyrocketed and you can find the so-called “Impossible Burger” on the menu at Burger King and White Castle (among other restaurants).

However, there’s at least one fast-food chain that’s pulled a Lee Corso and said, “Not so fast, my friend!”

Last month, Arby’s responded to a rumor that it would start serving vegetable-based alternatives to its products by saying the chances are “impossible” (get it?), and based on their newest creation, they’re doubling down on their stance and giving a middle finger to vegetarians in the process.

Ladies and gentlemen, I’d like to introduce you to…the Marrot.

No, the Marrot is not a Chinese knockoff of the hotel chain. It’s a carrot. Made of meat.

In order to create the Marrot, Arby’s rolled up a bunch of turkey in the shape of the vegetable before sous-viding it, covering it in a “carrot marinate,” and then throwing it in the oven to finish things off.

If you want to get your hands on one, you’ll have to pull a Mission: Impossible and figure out a way to infiltrate Arby’s test kitchen, as they haven’t yet decided if the world is ready to have the Marrot unleashed upon it.

I for one don’t think it is.