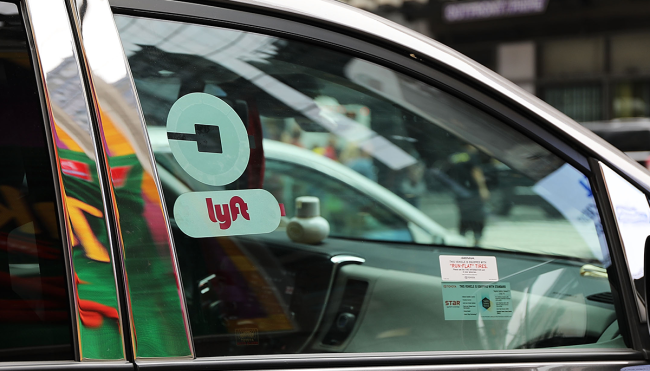 The denizens of Silicon Valley have a long and storied history of disrupting industries for the sake of disruption without taking a minute or two to stop and think about whether or not the world actually needs a $400 juicer or an app that literally only lets you say “Yo.”

However, it’s safe to say the concept of ridesharing was nothing short of revolutionary. Just like it’s hard to remember how the hell people ever got to where they needed to go before they were able to use the internet for directions, I can’t even fathom how we survived before you could magically summon an Uber or a Lyft by pressing a few buttons.

Unfortunately, the idea of hopping into a random person’s car became incredibly unappealing last year due to the general state of the world. While we may be easing back into normalcy, if you’ve tried to order a ride in the past couple of months, there’s a good chance you’ve encountered some abnormal wait times and absurd prices compared to what you could usually expect prior to the arrival of the pandemic.

Today my Uber ride from Midtown to JFK cost me as much as my flight from JFK to SFO…. pic.twitter.com/Fa3RjUOZ00

I ain’t ever paid more than $42 for this route…Uber done lived long enough to become the villain pic.twitter.com/XpPXkIrCLc

Dude, @Uber wtf. First, there’s Limited availability, and second your prices are absolutely ridiculous and uncalled for. @lyft has ZERO cars available, but at least the price is slightly better. WTF SYRACUSE pic.twitter.com/cjd5863Lry

Those examples could be explained away as anomalies or chalked up to nefarious strategies, but according to Gizmodo, there’s a reason users are encountering situations like that on a frustratingly frequent basis. During a recent conference, executives from both companies confirmed riders are falling victim to a supply and demand issue stemming from a dramatic dropoff in the number of drivers patrolling the roads.

Both Uber and Lyft have attempted to incentivize people to get in on the action with the latest in a long line of cash infusions, but as things currently stand, customers are paying an average of 40% more for a ride than they would’ve at the same time last year.