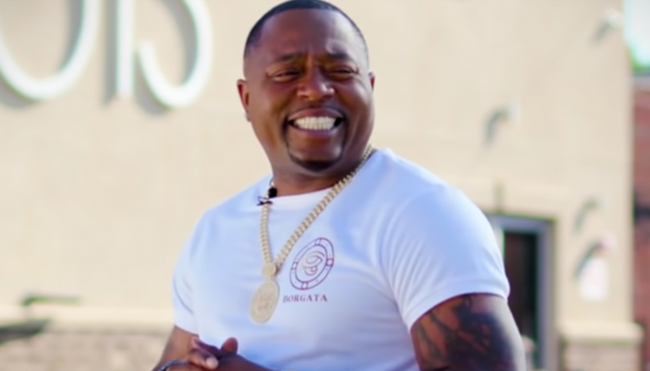 When you consider the vast majority of people in the United States have had months to set aside some time to get inoculated against COVID-19, it seems like we’ve sort of reached a point where trying to convince anyone who hasn’t seized an opportunity that billions of people in other countries would happily pounce at if given the chance is the ultimate exercise in futility.

After all, it’s hard to believe that anyone who’s still “doing their own research” when it comes to deciding how they feel about this “private and personal matter” is going to magically see the light if they haven’t by now. With that said, there aren’t any really major downsides to continuing to attempt to convince any holdouts to have a change of heart, which is exactly what the state of Arkansas did when it whipped up a COVID-19 vaccine public service announcement that is a borderline first-ballot Viral Video Hall of Famer.

Last month, Arkansas health officials quietly uploaded a YouTube video connected to the “Take a Shot at Staying Healthy” campaign featuring an entrepreneur named Richard Johnson, who recently took the internet by storm after the clip started making the rounds on Twitter for reasons that should be fairly obvious once you finish watching the 30-second spot.

In the PSA, Johnson—a self-proclaimed “hustler” and “legit entrepreneur”—says he got the vaccine because the line of work he’s in (selling, um, “things”) requires him to “come in contact with people all the time” before encouraging anyone else who lives a similar lifestyle “in these streets” to join the vaxxed-up ranks.

Of course, the incredibly vague info concerning the nature of Johnson’s line of work resulted in plenty of people coming to a similar conclusion: he sells drugs.

I can’t stop laughing. Is the state of Arkansas portraying this guy as a drug dealer? In order to get people to vaccinate? What is happening? Is this real life? https://t.co/OslbFd3rXQ

“Aye mayne hold the block down…”

“Covid is a scourge on our people, so I partnered with state officials for a quick PSA talking about how we need to to get vaccinated so I can sell crack safely, you feel me “

If "you gotta meet people where they are" was an ad.

I'm here for it though.

This might be more effective than some of y'all think. https://t.co/8frQQuNXgz

When you consider Johnson kicks off the clip by saying his “income came to a screeching” halt at the start of the pandemic, it’s hard to believe this is indeed the case based on what I know about general patterns concerning the purchasing and consumption of certain substances in its wake. With that said, I want to believe.