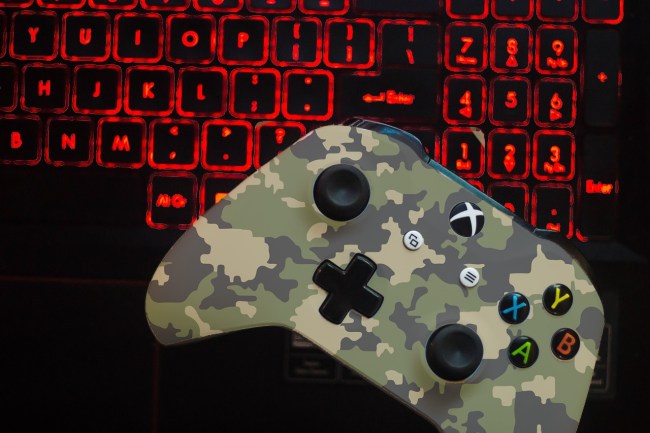 It’s virtually impossible to stay entirely-off-the-grid while still being a functioning member of society but there are certain steps you can take to avoid The Man. You can use Tor as your browser, make DuckDuckGo your go-to search engine, and while I don’t know if it works like this, you could maybe even figure out a way to download every ad blocker the internet has to offer to create an anti-capitalist Megazord unlike any other in existence.

Sadly, that still wouldn’t be enough to avoid the various forms of propaganda that permeate society at every turn. So much of the entertainment we rely on to escape from reality is littered with things deliberately placed there to remind us and it turns out you can’t even watch someone play video games without falling victim to this fate.

Everyone is trying to get a piece of the streaming pie these days and this includes the United States Army, which apparently has a Twitch channel, which seems a little strange. It appears to be using the platform to further its recruiting efforts, which is understandable—although I don’t know if the same can be said for a strategy it was recently accused of harnessing that involved holding fake giveaways for a seemingly nonexistent Xbox controller to try to get people to enlist.

According to Kotaku, the Army has routinely used chats to offer viewers a chance to win an Xbox Elite Series 2 controller by clicking on a link that’s provided. When that link is clicked, however, people are directed to a recruitment page containing exactly zero references to the contest and controller in question.

It became such a problem that Twitch had to step in to end the practice after the Army apparently ignored prior warnings. However, all is not lost, as the military branch is still a proud sponsor of Twitch’s esports brand and channel, meaning their logo is shown all over the place and commentators routinely give them a nice little shout out. At least they’ve still got that going for them.

It’s good to know the Army has the budget for that but couldn’t scrounge up $180 for a controller to legitimize their recruitment efforts. That gives me so much faith in our government.