‘Potentially Hazardous’ Asteroid Over A Mile In Diameter Set To Fly By Earth At Over 47,000 MPH 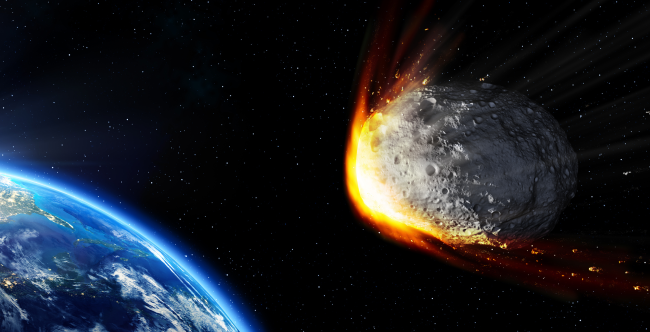 Any space rock that is “more than about 460 feet (140 meters) in size with orbits that bring them as close as within 4.6 million miles (7.5 million kilometers) of Earth’s orbit around the Sun” is considered to be “potentially hazardous” by NASA.

Asteroid 7335 (1989 JA), an Apollo-class asteroid, is the largest space rock expected to make a close approach to Earth in 2022. It will be traveling at a speed of approximately 47,200 mph when it does.

The gigantic rock, which is similar in size to Mount Everest and larger than than 99% of all known asteroids, will pass by Earth at a distance of approximately 2.5 million miles, which also means it is classified as a Near-Earth Object by NASA. Any object that passes within 120 million miles of Earth receives this classification by the space organization.

While 2.5 million miles is a great distance, in space terms it isn’t. By comparison, the moon is 238,855 miles from Earth, while the planet Mars is 245.22 million miles away. 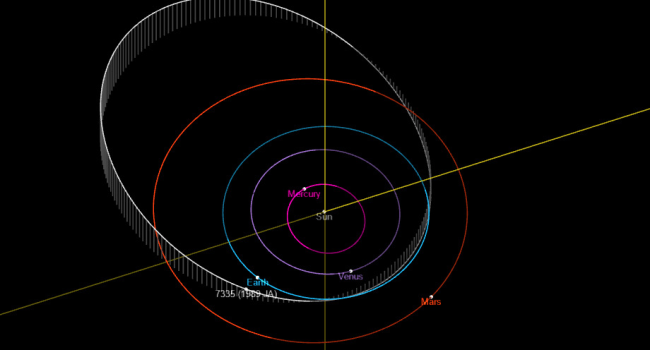 As always, NASA says there is nothing to fear with Asteroid 7335 (1989 JA), however, there is always the threat of the gravitational tug of Earth altering the asteroid’s orbit (called the Yarkovsky Effect) and should that occur there isn’t much we could do to stop it.

NASA’s Center for Near-Earth Object Studies (CNEOS) states that “currently there is no known significant threat of impact for the next hundred years or more.”

Asteroid 7335 (1989 JA) can be viewed as it passes by Earth on May 27 using The Virtual Telescope Project on YouTube.