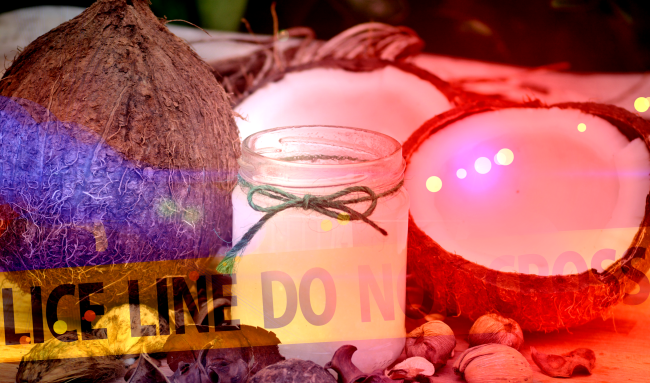 Here’s a new one. This week, law enforcement officials in Colombia discovered upon inspection that almost 20,000 coconuts bound for Italy were filled with liquid cocaine.

According to the Office of the Attorney General of Colombia, 504 canvas bags containing 19,780 coconuts were found on a large shipping container destined for Genoa.

“Upon inspection, it was established that the water in the tropical fruit had been exchanged for liquid cocaine,” read a press release about the bust.

The container was intended to leave the port of Cartagena. Instead, the coconuts were seized and sent to a laboratory to establish the exact quantity of cocaine that was injected into each piece of fruit.

The shipment was discovered by the Attorney General’s Office’s Specialized Directorate Against Drug Trafficking through a coordinated investigation with the National Police’s Anti-Narcotics Directorate.

Authorities also stated that investigations are currently underway to establish who was responsible for the shipment, the location where the coconuts were loaded, as well as who meant to receive the shipment.

Coconuts are far from the only odd item used in an attempt to conceal cocaine from discovery by law enforcement.

In 2020, over $5 million worth of cocaine was found hidden in vegetables like sweet potatoes and yams or suspended in liquid in air shipments from Kingston, Jamaica to Gatwick Airport in the United Kingsom.

In 2016, in Hong Kong, 51 boxes containing 13 kilos of liquid cocaine were discovered in hollowed out dragonfruit.

In 2015, a woman in Colombia was attempting to travel to Barcelona, Spain when law enforcement detained her and discovered that she had 3.3 pounds of liquid cocaine hidden in her breast implants.

In 2014, a man at JFK airport was arrested for attempting to smuggle $300,000 worth of liquid cocaine disguise​d as rum.