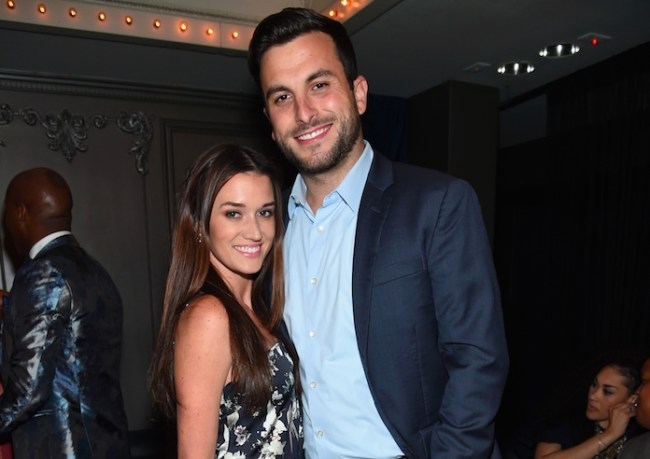 We all know at least one dude who would be shattered to learn that a woman beat him in fantasy. Just beside himself. That guy who fantasizes about fantasy and tells everyone who will listen how fucking Money Ball he is. It’s basically his entire personality at this point.

Well, upon learning that Bachelor in Paradise season 2 winner Jade Roper Tolbert won $1 million in DraftKings Fantasy Football Millionaire contest, these guys banded together to found out how and why something this tragic could happen.

I’m pretty sure this girl was on The Bachelor. I only know this because my girlfriend forces me to watch it. pic.twitter.com/fkONNR3V99

Sleuths quickly dig some digging and found what appears to be Jade colluding with her husband Tanner by each entering the contest a maximum number of times (150) and splitting their player exposure. Draftkings prohibits “group play designed to gain an unfair advantage over others.”

This is absolutely insanity and is the the clearest collusion ever. Check the QBs lmao pic.twitter.com/JudoCAT0JQ

Meanwhile, Jade, who underestimated the investigatory powers of the world wide web, was trying to write her own innocent narrative.

Her hubby told her not to start Metcalf, yet the player distribution tells a different tale–88 percent exposure.

She and her husband cheated, end of story. pic.twitter.com/WmRLAKAn4K

When reached by PEOPLE, a spokesperson for DraftKings said they were “looking into” the situation.

“We take the integrity and fairness of our contests very seriously and are looking into this matter,” the spokesperson said.

It appears that the public is taking this more seriously. Fellow Bachelor in Paradise alum Chris Randone congratulated the couple on Twitter for their winnings and was met with death threats.

I'm done speaking on the situation that doesn't involve me. Two great friends I love and support in which I thought was doing the right thing in defending from the information I personally know that's valid But with the hate messages and death threats I just want to be left alone 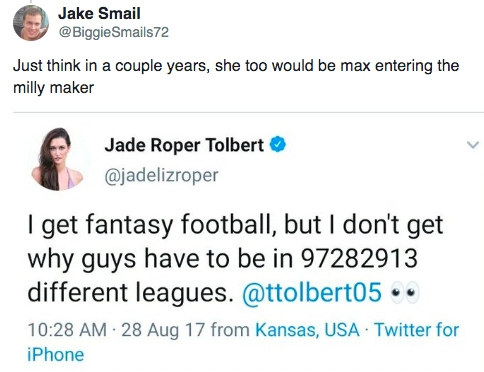 File this one under: Life Comes At You Fast.