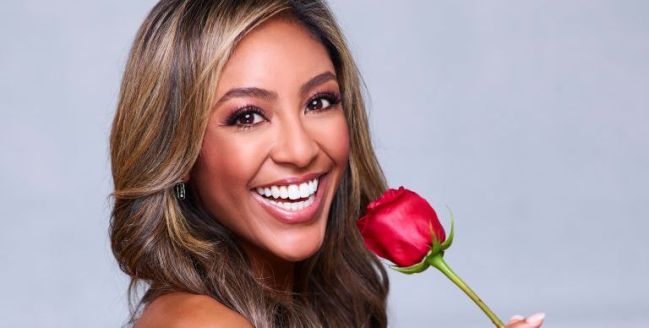 If you haven’t watched this season of the Bachelorette, let me catch you up. 39-year-old Clare Crawley began the year as the Bachelorette and fell in love almost instantly with a guy named Dale. She and he spent the next few shows sneaking off behind the other men’s backs, Crawley decided that she was no longer interested in anyone else and shut it down. Dale was put on the spot after he was informed of her decision not to finish out the season, he proposed, and the two are very happy with one another since, so they say. Whether the feelings are truly mutual, true or not, ABC needed to recast and brought in 29-year-old Tayshia Adams. Her journey to find love began this week with an introduction to the group of men.

As is tradition, the internet let the contestants have it. Twitter exploded with lookalike comparisons for a few guys. Here are the standouts.

Let’s start with the guy who helped to blow things up in the first place:

i saw someone say dale from the bachelorette has the same face as leann rimes and- pic.twitter.com/BBGNi5lUsZ

Sticking with the animation theme:

The Bachelorette men this season as Madagascar characters: a thread pic.twitter.com/bUmzCnEYsS

A dude named Ed has quickly become one of the internet’s favorite characters:

Why does Ed look like wreck it Ralph #bachelorette pic.twitter.com/J8Sv32BxL1

Why does Ed look like the Cake Boss #bachelorette pic.twitter.com/kO5KjxQ4El

The best of the rest:

My friend said Riley looks like a Wii character with his small eyebrows and I am CRYING laughing #bachelorette #BachelorNation #BacheloretteABC pic.twitter.com/rSxQK53T9O

Yosef (villain this season of bachelorette) looks exactly like Angel off the movie RENT…why is no one else noticing this???? pic.twitter.com/vjcIqWn0n2

Ben on the Bachelorette just looks like @bjnovak and I can't unsee it. He's just Ryan from the office. pic.twitter.com/4LsPIPPRC9

why does Jordan C. look like David Wallace from the Office mixed with Russell Wilson… #bachelorette #BacheloretteABC pic.twitter.com/HlZj2f6hZF

I was trying to figure out who brendan from the bachelorette looks like and omg pic.twitter.com/FIr1i33elu