Gettin’ The Gang Back Together: Badger (And Skinny Pete) Will Be In ‘El Camino’ 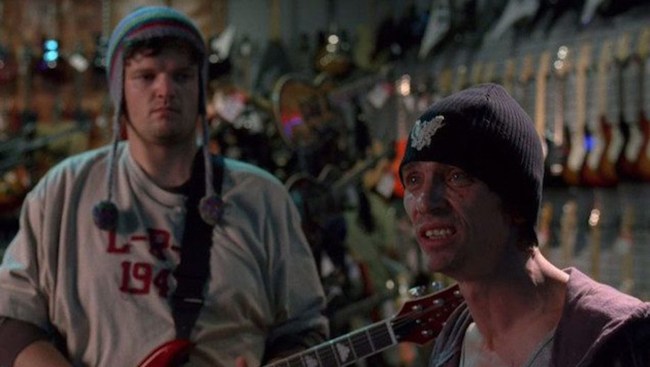 If you’ve willingly clicked on this article, then you’ve likely already seen the trailer for El Camino: A Breaking Bad Movie, which means you already know that Jesse Pinkman’s old crack smokin’ buddy Skinny Pete would be appearing in the movie.

And because the ying can’t exist without its crystal yang, The Hollywood Reporter has learned that Matt Jones, the raspy-voiced stoner type that played Jesse’s other partner-in-meth Badger will also be appearing in the highly-anticipated Netflix flick.

A teaser for El Camino: A Breaking Bad Movie features Skinny Pete (Charles Baker) refusing to tell police whether he knows Jesse’s (Aaron Paul) whereabouts. Matt Jones, who played Jesse’s friend and drug-dealing and -using partner Badger in the series, will also appear in the film, The Hollywood Reporter has learned.

Jones appeared in a dozen episodes across all five seasons of Breaking Bad’s initial run on AMC. He was last seen in the series finale as he and Skinny Pete posed as unseen hitmen to help ensure Walter White’s (Bryan Cranston) former business partners set up a trust for Walt’s kids. [The Hollywood Reporter]

Given Skinny Pete’s situation in the trailer, it’s easy to imagine that Badger is in a similarly precarious position. Plus, after escaping from captivity, if there’s anyone in the world that Jesse could go to for help, it’s Badger and Skinny Pete.

However, if Breaking Bad has taught us anything throughout the years, it’s to expect the unexpected.

At this time, by my count, there are four major characters from Breaking Bad that are guaranteed to appear in the film: Jesse (obviously), Badger, Skinny Pete, and Walter White. While Bryan Cranston’s performance has yet to be officially confirmed, it’s widely believed that the actor will appear in some fashion.

Similarly, it wouldn’t shock me if we saw Marie Schrader and Skyler White, as well. After all, Skyler and Marie have both met Jesse — the latter of which allowed him to sleep in her house — so it stands to reason that El Camino could use that connection as means to give us an update on those most devastated by Walt’s treachery.

As for an appearance from our boy Saul Goodman, given that he’s currently in the midst of his own wildly successful series, I’d imagine that AMC is saving any juicy updates on Jimmy McGill for Better Call Saul.