If You’re Thinking About Going To The Bahamas For Spring Break, The U.S. Government Has A Serious Warning For You 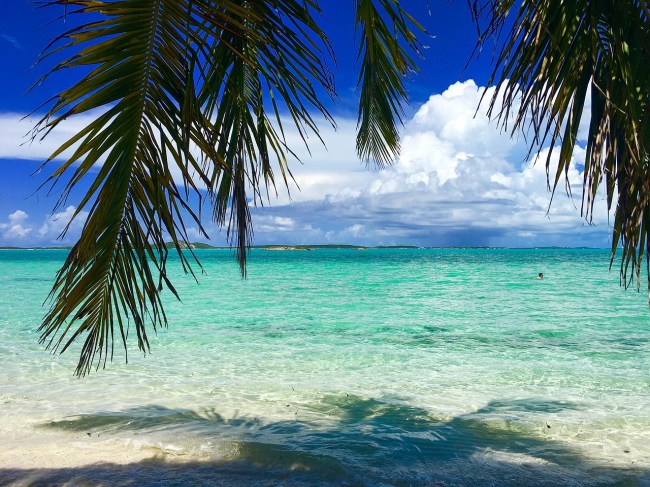 The Bahamas is one of the cheapest and most accessible spring break destinations available, especially if you are seeking a place to melt off your winter freeze. However, you should know that the U.S. government is warning Americans that if they travel to the Bahamas they need to know that they are putting themselves at the risk of being a victim of a crime.

Last week, the U.S. Department of State issued a Level 2 travel advisory for The Bahamas due to an uptick in crime. The U.S. government encourages Americans visiting the Bahamas to use “increased caution.”

The State Department raised the Bahamas’ level because of a spike in sexual assault and violent crime on the Caribbean island. The agency warns that violent crime such as burglaries, armed robberies, and sexual assault are becoming more common, even during the day and in tourist areas. The advisory specifically cautions tourists who go to the areas of “Over the Hill (south of Shirley Street) and the Fish Fry at Arawak Cay in Nassau, especially at night.”

RELATED: Viral Video Shows Couple Helplessly Watching Their Cruise Ship Leave Without Them, Stranding Them In The Caribbean

Even renting a jet ski could be potentially dangerous. “Jet ski operators have been known to commit sexual assaults against tourists,” the advisory stated on February 25. “As a result, U.S. government personnel are not permitted to use jet ski rentals on New Providence and Paradise Islands.”

“Although the family islands are not crime-free, the vast majority of crime occurs on New Providence and Grand Bahama islands. U.S. government personnel are not permitted to visit the Sand Trap area in Nassau due to crime,” the statement said on Monday.

The State Department provided some tips if you decide to travel to the Bahamas:

They also suggest that travelers review the Traveler’s Checklist.

In December, a cruise ship visiting the Bahamas reportedly gave passengers a letter warning them of the dangers of the Caribbean island. On one of Royal Caribbean’s Anthem of the Seas, the ship’s captain Srecko Ban issued a letter to passengers before they arrived at the port of Nassau.

“I am writing to provide you with important safety information regarding our port call to Nassau, Bahamas,” said the letter dated December 26, 2018. “We feel it is important to make our guests aware that Nassau has been experiencing an increase in crime. Non-violent crimes, such as theft of personal items, are the most common types of crimes being committed.”

The captain’s letter advised guests to “not venture too far from tourist areas and consider participating in an organized tour.” The note also warned to stay away from certain areas and “should be avoided after sunset.”

The captain recommended that passengers leave valuables on the cruise ship, only carry cash or credit cards needed for the day, use discretion when handling cash in public, and keep all belongings secure when in the Bahamas.

There are four levels of travel advisories with a Level 1 being the safest and Level 4 being a strong warning to not travel to a certain country because there are major concerns about safety. The State Department labels countries such as Germany, Denmark, Spain, UK, France as Level 2 countries for a fear of terrorism. The only current Level 4 “Do Not Travel” advisory country is Afghanistan. So don’t take your spring break in Afghanistan either.

Via U.S. Department of State h

RELATED: Survey Says Your Friends Are Faking Their Vacation Photos On Social Media To Make You Jealous