A ‘Funeral Screening’ For ‘Batgirl’ Will Be Held, Certainly Feels Like An Opportune Time For Someone To Steal The Movie 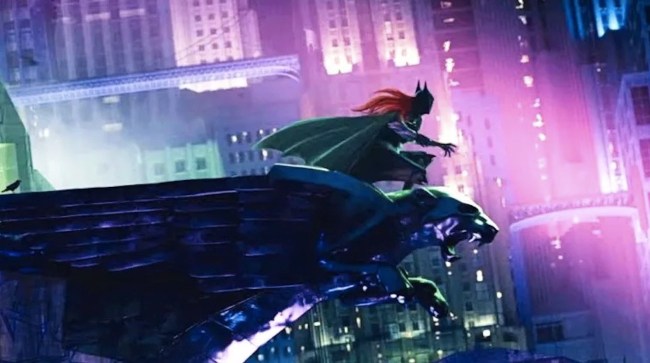 After hearing that Warner Bros. was canceling their Batgirl film, directors Adil El Arbi and Bilall Fallah — who have also helmed projects such as Bad Boys For Life and Ms. Marvel — apparently attempted to salvage whatever footage they could, only to find that the studio had already deleted it from their servers.

Adil El Arbi & Bilall Fallah have released a video, saying once they found out ‘BATGIRL’ was cancelled, they tried to get a copy of the footage but were already blocked from the servers

They add that the movie was far from done with minimal VFX completed. pic.twitter.com/XMAfvrsW6Y

Warner Bros. will reportedly hold a screening of Batgirl for the people who worked on the movie before locking it away forever

And while it appeared that those who worked on the now infamously scrapped project would never get a chance to see the film they put their hard work indicate, reports now indicate Warner Bros. will hold what’s being described as a “funeral screening” on their lot.

A select group of insiders is getting to see the film during secret screenings on the Warner Bros. lot this week, multiple sources tell The Hollywood Reporter.

They are said to be for people who worked on the movie, both cast and crew, as well as representatives and executives. One source described them as “funeral screenings,” held before the film is sent off to an undisclosed afterlife, with footage locked away in a vault, either physical or digital.

The cancelation of Batgirl was just one of many Warner-related headlines that have been made in recent weeks, as new Warner Bros. Discovery CEO David Zaslav has largely spent the month of August trying to balance the company’s books by canceling projects — both future projects that had yet to premiere and already-completed projects that were streaming on HBO Max.

Given that this is the studio that apparently let Zack Snyder walk out the front door with his Snyder Cut footage, this first and last screening of the film certainly feels like the perfect opportunity for the filmmakers to pull an Ocean’s 11-esque heist and steal their movie back. Just sayin’.

RELATED: Warner Bros. Is Getting Slaughtered For, Once Again, Delaying Various DC Films Such As ‘Aquaman 2’