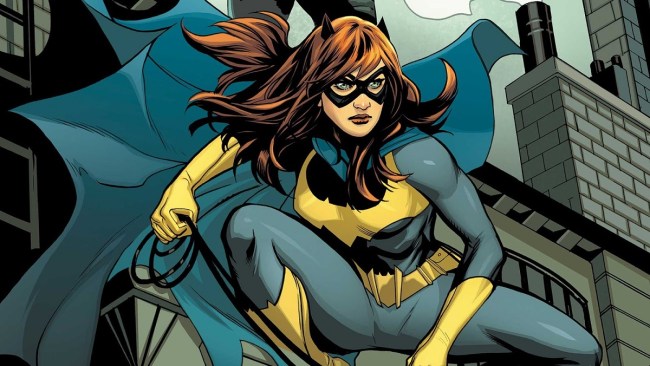 Warner Bros. and DC Films’ long-gestating Batgirl film has finally found its directors, as Bad Boys For Life helmers Adil El Arbi and Bilall Fallah have been tapped to direct the project, which will be an HBO Max exclusive film. Batgirl marks the second comic book project that the pair have taken on in the last 12 months, as they also served as showrunners on Disney+’s Ms. Marvel, directing the premiere and the finale themselves.

In addition to Adil El Arbi and Bilall Fallah in the directors’ chairs, Christina Hodson — who wrote the script for Bumblebee and worked on both Birds of Prey and The Flash — penned the screenplay.

“With Batgirl, we hope to take the audience on a fun ride and see a different side of Gotham,” said producer Kristin Burr in a statement. “Christina’s script is crackling with spirit. Adil and Bilall have an excited and joyous energy, which is infectious, making them the perfect filmmakers for this Batproject. And I’m just psyched I get to be part of the DC universe, which is super cool.”

The upcoming Batgirl film will feature the Barbara Gordon version of the character, who is the daughter of Gotham City Police Department Commissioner James Gordon. Barbara Gordon is the most popular version of Batgirl, having been first introduced in 1961 at Betty Kane before Barbara Gordon six years later.

HBO Max’s Batgirl will mark the second time that the character has been portrayed on the big screen, as Alicia Silverstone previously donned the cape and cowl in live-action in Joel Schumacher’s infamous 1997 film Batman & Robin.

At this time, it is unclear whether Batgirl will exist in the main, rapidly shifting DCEU (along with Gal Gadot’s Wonder Woman, Jason Momoa’s Aquaman, and Ezra Miller’s Flash), the universe that Robert Pattinson’s The Batman will take place in, or its own, one-off universe.