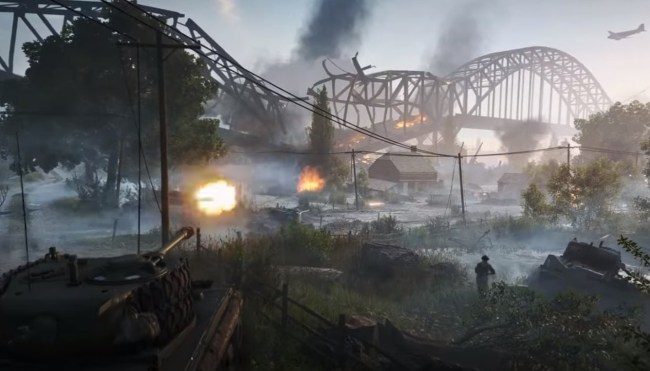 The cinematic trailer for War Stories gets the gamer more invested emotionally as opposed to the free-wheeling multiplayer mode. Battlefield V‘s single-player campaign will send you on numerous missions as different characters as they attempt to change the course of World War II and alter history.

EA and DICE provide a synopsis of War Stories and the different vignettes: “In Nordlys, resist German occupation in Norway, sabotage behind enemy lines as an unlikely English soldier in Under No Flag, fight for a home you’ve never seen in Tirailleur, and in The Last Tiger (available in December) join the crew of a Tiger I as they question why they fight.” The Tiger I is a heavy tank that was used by the Nazis during World War II, meaning gamers will play as members of the Wehrmacht.

You’ll travel to Norway, Africa, France, and Berlin as you ski on snowy mountains, storm into battle with a tank battalion, and engage in massive dogfights over Europe.