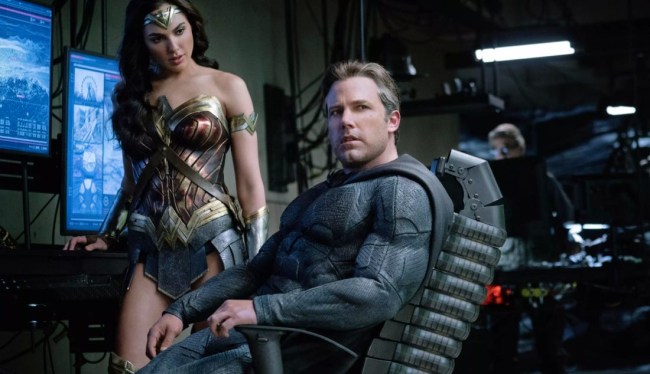 I’m going to tell you something about me, but you have to promise not to judge me for it: I don’t *hate* Batman v. Superman: Dawn of Justice.

First of all, Ben Affleck’s Batman is a fucking badass. I thought his suit was killer and his take-no-prisoners nature to be a refreshing change of pace. Sure, the movie may not be perfect, but it includes arguably the best five minutes of cinematic Batman-ing that the world has ever seen.

When I got to the movie theater to see Batman do Batman shit, this is what I’m talking about.

Unfortunately, for all of the redeeming qualities that Batman v. Superman may have possessed, Justice League was the complete opposite, as the entire film was an utter abomination.

Following the disaster that was Justice League, Ben Affleck — who was set to direct The Batman — walked away from the role. And now, for the first time, he’s truly opening up about that decision.

Speaking to The New York Times,  Affleck said that his divorce from Jennifer Garner, his alcohol addiction, and a “troubled shoot” on Justice League prompted him to walk away from the iconic role.

“I drank relatively normally for a long time. What happened was that I started drinking more and more when my marriage was falling apart. This was 2015, 2016. My drinking, of course, created more marital problems,” Affleck said.

“I showed somebody The Batman script,”  he recalled. “They said, ‘I think the script is good. I also think you’ll drink yourself to death if you go through what you just went though again.” [The New York Times]

Luckily for both Affleck and fans of his work, the two-time Oscar winner seems to be getting his life back together, as he has three films that are set to be released this year, including The Way Back in March (which we’re super excited for).