EMERGENCY BATFLECK POD: Ben Affleck Is Returning As Batman – What Does It All Mean? 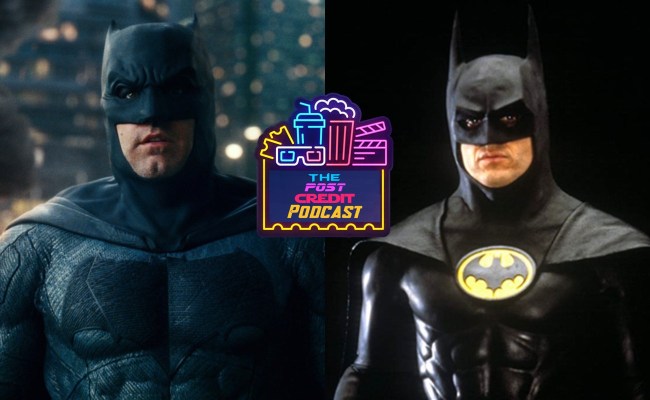 In my five-plus years of covering the entertainment industry, today was — by far– one of the most chaotic days when it comes to comic book movie news.

With DC FanDome just days away, Warner Bros. officially ramped up the machine into overdrive, as a bevy of Batman-related news hit the web today. Not only did Zack Snyder release a new teaser for The Snyder Cut, but Matt Reeves, the director of The Batman, released the first look at the official logo, in addition to an incredible Jim Lee drawing of Robert Pattinson as Batman. Then, out of the clear blue sky, truly stunning news broke that Ben Affleck was set to return as Batman alongside Michael Keaton, who will also be reprising his role as Bruce Wayne, in The Flash.

While rumors about Keaton returning as his version of Batman in The Flash have been circulating for a few months now, the Affleck news truly came out of nowhere, as both fans and reporters alike assumed that The Snyder Cut would represent Affleck’s final appearance in the cape and cowl.

When it comes to seismic comic book movie events, seeing two of the same character interact with each other will be as seminal as seeing the Avengers team up for the first time: while The Flash obviously won’t be as transformative as The Avengers was, it’ll be just as revolutionary.

Affleck’s return to the DCEU is a topic so shocking that it required it’s own emergency podcast, so that’s exactly what The Post-Credit Pod boys decided to do. With only the unbridled excitement that two unabashed nerds could deliver, Brandon and Eric dive into our expectations for The Flash, what this means for Ben Affleck and Batman himself, how many Bruce Waynes (Batmans? Batmen?) we expect to pop up, and imagine what Warner Bros’ cameo-as-Batman-pitch to Christian Bale looked like. Also make sure to check back here Saturday as we cover everything that happens at DC FanDome, including more news about The Flash, The Batman, The Snyder Cut, and more.