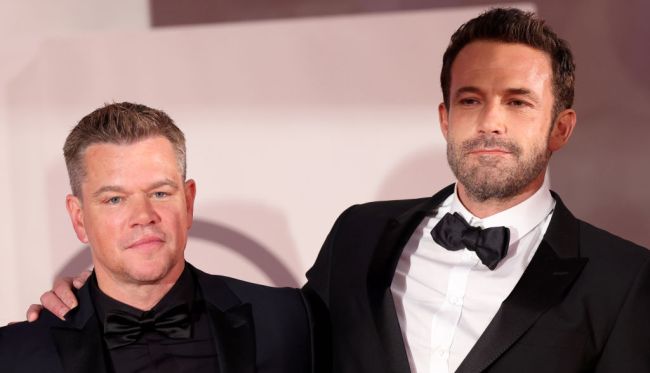 When it was first announced that Ben Affleck would be playing Batman over half a decade ago, the reactions were quite spicy. Truthfully, I always thought Affleck had what it took to be a compelling Batman and he largely proved me right in Batman v. Superman: Dawn of Justice, in which his portrayal of Bruce Wayne was far and away the best part of the film, especially that warehouse fight scene, which is the best cinematic fight scene in the character’s history.

That — through no fault of Affleck — would change in the subsequent films, though, as Suicide Squad was a disaster and Justice League, prior to being rehabilitated with The Snyder Cut, was even worse. If you watch the original cut of Justice League close enough, you can feel Affleck’s discontent with experience radiating off the screen. For a guy who seemed all-in in Batman v. Superman, he couldn’t seem more disinterested in Justice League.

During a recent interview with Entertainment Weekly, Affleck confirmed exactly that, calling the experience “nadir”:

“I had a really nadir experience around Justice League for a lot of different reasons. Not blaming anybody, there’s a lot of things that happened. But really what it was is that I wasn’t happy. I didn’t like being there. I didn’t think it was interesting. And then some really shitty things, awful things happened. But, that’s when I was like, I’m not going to do that anymore.”

Affleck also revealed that his buddy Matt Damon was a primary factor in his decision to walk away from the role:

“In fact, I talked to you about it and you were a principal influence on that decision,” Affleck said to Damon as part of their joint interview with EW. “I want to do the things that would bring me joy. Then we went and did Last Duel and I had fun every day on this movie. I wasn’t the star, I wasn’t likable. I was a villain. I wasn’t all the things I thought I was supposed to be when I started out and yet it was a wonderful experience. And it was all just stuff that came along that I wasn’t chasing.” [via Entertainment Weekly]

While Ben Affleck is set to walk away from the Dark Knight, he’s still got one appearance yet to come as he will feature in The Flash (which will also star Michael Keaton as Batman), which is currently scheduled to hit theaters in the United States on Friday, November 4.

Of course, the Bat Torch has already been passed to Robert Pattinson, who will make his debut as the Caped Crusader in the truly excellent-looking The Batman, which will hit theaters on March 4.

RELATED: Here’s Why It Took Ben Affleck And Matt Damon So Long To Write Another Movie Together