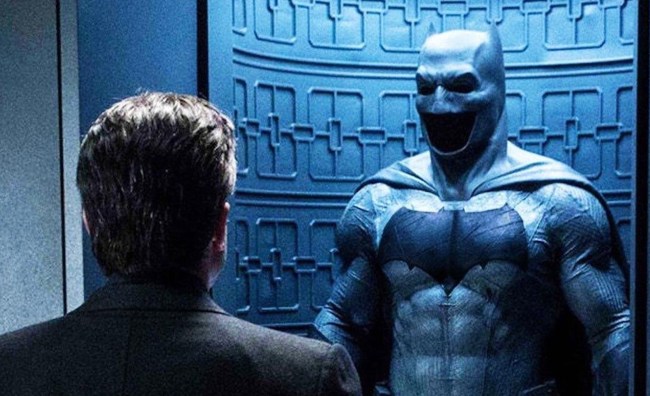 All week, we’ve been covering the legitimately stunning news that Warner Bros. not only greenlit the release of the mythical “Snyder Cut” of Justice League, but will be providing the filmmaker with an additional $20 to $30 million of funding so he can properly realize his original vision.

Naturally, social media erupted when the news broke on Wednesday, but one name noticeable absent from that chorus of rapturous applause when Ben Affleck, who famously starred as Batman in the franchise.

Appearing on his buddy Kevin Smith’s podcast, Affleck released a message to fans that saw the 47-year-old thank them for their passion and expressed excitement about the public finally being able to see Justice League the way Snyder had intended it.

“I’m very excited that Zack’s getting a chance to finally see his vision realized. I think it’s a great thing. I’m really excited for the fans to get to see it and I want to say thank you to the fans because it was their enthusiasm and their passion that made it happen. Without fan support I don’t think it ever would have happened. I love Zack and I love his version of the move and I look forward to everyone getting a chance to see it,” Affleck said. [via Instagram]

Affleck returning to the role is a win for both the actor and fans of his portrayal of the Caped Crusader. While the Academy Award-winning writer and director was clearly committed to his performance in Batman v. Superman: Dawn of Justice, it’s quite obvious that his personal struggles prevented him from bringing that same sort of intense performance to Justice League. Now that Affleck is clean and sober — he previously said friends were worried that taking on a solo Batman film would “kill him” — he can bring proper to closure to a character that was actually one of the best creations of Zack Snyder’s DCEU.

The Snyder Cut — which will either be released as a massive four-hour film or broken up into six hour-long episodes (I’m guessing it will be the latter) — is set to premiere on HBO Max next year. At this time it’s not exactly clear when in 2021 the project, which is receiving an extra $20 to $30 million in funding, will debut. Either way, it’s a massive step forward for the future of Hollywood, as it proves that fans have the power to get studios to give them what they want.