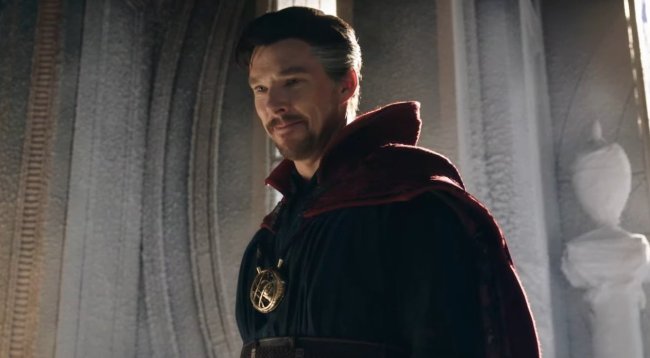 While Doctor Strange has seen the future of the Marvel Cinematic Universe, the actor who plays him, Benedict Cumberbatch, has not.

In an effort to be able to experience the surprises of the film for himself, Cumberbatch has revealed that he resisted reading the entire script for Spider-Man: No Way Home, which is set to feature a heavy dose of multiversal shenanigans thanks to the Sorcerer Supreme.

“You know it’s a dead end, but I can tell you this: It’s a riotous film,” Cumberbatch told USA Today while promoting his expected Acadmey Award contender The Power of the Dog. “I don’t want to give anything away – and I haven’t actually read the whole script! I did that on purpose because I just want the ride.”

Cumberbatch is currently in the midst of reshoots for Doctor Strange in the Multiverse of Madness, which will mark his second solo effort as Doctor Strange in the Marvel Cinematic Universe, and his sixth appearance overall following the original 2016 Doctor Strange, Avengers: Infinity War and Avengers: Endgame, a cameo in Thor: Love and Thunder and a starring role in Spider-Man: No Way Home. Given his importance to the plot of No Way Home, it’s widely expected that Multiverse of Madness will pick up wherever Spider-Man leaves off.

RELATED: Doctor Strange Is, Once Again, Getting Roasted For His Bizarre Behavior In The ‘No Way Home’ Trailer