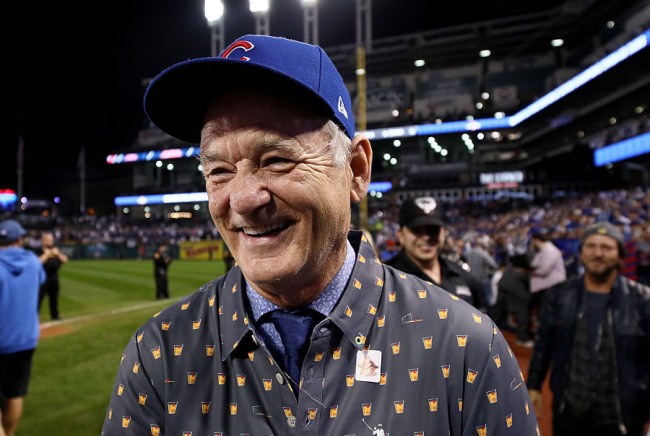 Bill Murray is a comedy legend but he also has a legend surrounding him concerning the many random encounters people have reportedly had with him over the years.

Why does Bill Murray rule? He crashed an adult kickball game in NYC and started playing. pic.twitter.com/W7Vox8kb

Whether he’s playing kickball, crashing bachelor parties, or stealing french fries from a random guy at the airport, Murray has consistently proved that this is his world and we’re just living in it.

Sure he might occasionally have a bad day and throw a fan’s phone off of a rooftop bar but you have to admit that’s kind of a cool story to tell to the guy selling you a new one.

Murray has been pulling various shenanigans long before the rise of social media and there’s a long-standing rumor that he used to (and still may) mess with someone before saying “No one will ever believe you” and melting into the crowd.

Thankfully, people can now document these encounters, which is what Chicago comedian Dan White did when he recently ran into one of the best comedic minds alive.

However, this wasn’t exactly the most typical Bill Murray run-in.

I have no idea what the circumstances surrounding this run-in were, and while I assume Murray was in on the joke ahead of time, you have to give some credit to White for using what was probably a once-in-a-lifetime chance and turning it into a bit.

Even if you didn’t find the video that amusing you have to respect his true dedication to the craft.

White also has some Murrayless videos based on the same concept because he is nothing if not committed.

I have to say I’m a little sad at how the rise of smartphones has impacted the mysterious aura surrounding Murray as it was a lot more fun when you couldn’t actually confirm whether or not the stories about him were true.

At least White was able to put his phone to good use in this case.