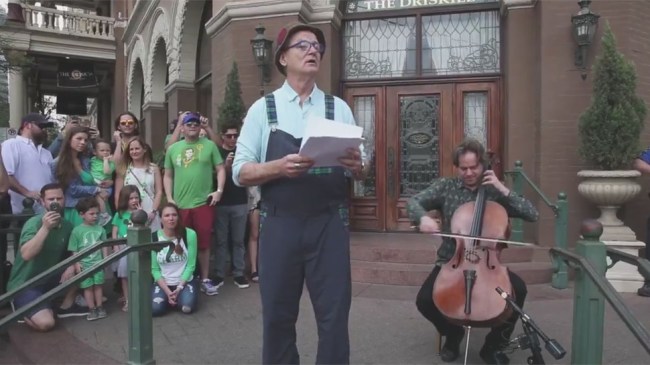 Bill Murray has proven time and time again that he will do whatever he wants, whenever he wants.

The Charlestown Riverdogs’ “Director of Fun” has stuck around to clean up garbage after a Grateful Dead show, crashed a birthday party, and driven another man’s taxi around so this latest story comes as no real surprise.

Apparently Reddit user sonowthatimhere was at the Martha’s Vineyard Airport having a bite to eat when Murray appeared out of nowhere and swiped his friend’s french fries.

According to sonowthatimhere, Murray was dropping off some friends and their flight was delayed so Murray decided to just go ahead and help himself.

Why? Because he’s Bill Murray, that’s why. Only Bill Murray could take a man’s french fries without asking and get away with it.