The Internet Decides Who Is The Best Storyteller In Hip-Hop 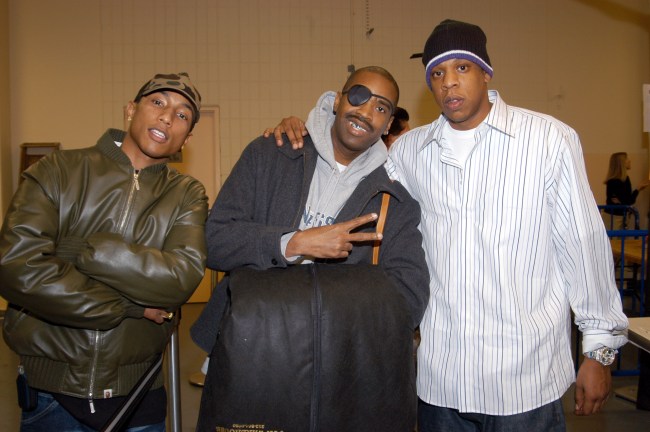 It’s one thing to write rap lyrics that are catchy and something that you can nod your head to. It’s a totally different animal to construct a hip-hop track that tells an intriguing story while also having a harmonious flow. Not every rapper has the talent or skill set to tell a compelling story through a song. In the history of rap, certain rappers have excelled at storytelling, and on Thursday, the internet tipped their cap to these brilliant hip-hop raconteurs.

Early on Thursday morning, the Twitter account for XXL Magazine asked the question: “Who is the best storyteller in hip-hop?”

Who is the best storyteller in hip-hop?

Kendrick Lamar. The Whole Album Be A Story. Then You Play It Backwards & It Tells You Another Tale.

Then If You Play It Forward In Slow Motion You Can Hear 2Pac Softly Say “Come With Meeee.”

Then If You Play It Backwards In Fast Motion You Hear Fred Sanford Say “I’m Coming!” pic.twitter.com/diWMGmxWbc

AND He Wrote Stan!

j cole,
the man paints a picture every time he makes a track. 4 your eyez only is one of the most conceptually underrated albums ever.

How many others have consistently made album-level storytelling primary? Kendrick and…?

All these comments and no one mentions cube. Lol. Sample. Dope story telling with political undertonehttps://t.co/foM0BGQjyd

Why isnt everyone saying Pac.. 16 On Death Row, Brenda's Got A Baby, Dear Mama, I Ain't Mad At Ya, So Many Tears, Me Against The World, Only God Can Judge Me, If I Die 2Nite, Letter 2 My Unborn, My Block that's just a few.. Ppl must've forgot

The obvious answer is Slick Rick, but look at how many people here forget…

Parents Just Don’t Understand
Girls Ain’t Nothing But Trouble
I Think I Can Beat Mike Tyson
Nightmare on My Street
The Fresh Prince of Bel Air pic.twitter.com/YBA7o4ekVu

Based on only eyeing up the replies to the XXL Magazine tweet, it appears the rankings of the best storytellers in rap are:

The responses seemed to declare Slick Rick to be the overwhelming winner as the best storyteller in rap. The British-accented lyricist from the Bronx has spun tales through hip-hop songs since the mid-1980s and broke out with his instant classic The Great Adventures of Slick Rick, which hit No. 1 spot on Billboard’s R&B/Hip-Hop chart in 1988. Rick the Ruler was famously known for his storytelling ways as heard in Children’s Story, The Moment I Feared, and Mona Lisa.

Slick Rick dropped one of the greatest albums in the history of this culture. The Great Adventures literally elevated story telling in Hip-Hop to a more lyrical level. His cocky ‘British-Bronx’ flow and charismatic charm is unmatched. There’s a reason I have this guy as my avi 🙌🏽 pic.twitter.com/5Rs7X3gzYV

Slick Rick told children's stories and stories for all ages. Everyone else playing for second. #TheRuler

R- ravishing
I- impressed
C- courageous or careless
K- for the #Kangols which he's got that he wears every day, and
Y- y not?

When you see Slick Rick is trending but it’s only because he’s freakin awesome #knockemouttheboxRick pic.twitter.com/FrNqZFSPyt