The Summer 2019 TV Preview: 10 Shows You Need to Watch In The Coming Months 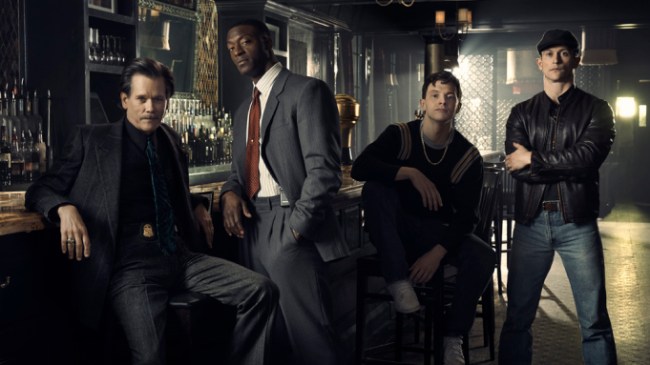 With Memorial Day Weekend now behind us, it’s high time we look ahead and see what the summer of 2019 has to offer.

It’s here. Life after Game of Thrones has started. We knew the day would come (maybe not as soon as it did, but whatever) and now we have to move on.

So let’s set aside our issues with the final season and our issues with pacing and our issues with the general coherence of the story and look down the road at what’s next. Sports can’t tide us over for much longer now that Stanley Cup Finals and the NBA Finals are underway. On top of that, baseball isn’t interesting yet and football is still a few months away. Sure, there’s the Women’s World Cup coming up, but that’s barely a month long.

We need something to keep us occupied on rainy days or while we’re nursing our sunburns or day drinking-related hangovers.

As a result, I compiled a list of ten shows to check out this summer for your viewing pleasure.

It’s been a while since Idris Elba’s DCI John Luther was patrolling the mean streets of London with nothing more than a can-do attitude and a well-worn jacket. The show’s fourth season—which aired as a movie—debuted back in December of 2015 and featured Luther living that recluse life, his relationship with Alice (Ruth Wilson) having fallen apart.

Then she died and he was lured back to London to resume kicking ass before we discovered she wasn’t actually dead and was attempting to extort money from a local crime boss after a bungled diamond exchange—the same crime boss Luther tied to a radiator at one point.

Luther is a wild show.

We may never get to see Elba play James Bond, but him returning to Luther is the next best thing (if not a better option altogether).

I think there are two kinds of people in this world.

With that being said, I still appreciate Black Mirror and tip my hat to its creativity and place in the world. The last season of the show—or, I guess, the last iteration of the show—”Bandersnatch,” was a choose-your-own-adventure experiment and was met with mixed reviews. You know how some ideas are dope and some ideas sound dope but in practice are decidedly not dope? That was “Bandersnatch.”

Now the show is back with a new season, albeit one comprised of only three episodes. Rest assured that there still will be plenty of opportunities to make you nervous about technology and eff with your head in ways you didn’t think were possible.

The second episode, “Rachel, Jack, and Ashley, Too,” is getting a lot of attention, as it stars Miley Cyrus playing a pop star with a toy robot that comes with artificial intelligence that’s based on her personality. Based on the episodes of Black Mirror I have seen, I’m sure that will go just fine.

I can assure you that I have gotten over my initial feeling of quasi-disgust that I experienced when it was announced that Big Little Lies was returning for a second season. Did I feel lied too? Yeah, of course. HBO told us it was a limited series. If you can’t believe a gigantic television network, then who can you believe?

Anyway, Streep is headed to lovely Monterey, California to play the mother of Perry (Alexander Skarsgård) who was a monster last season and the reason for the big little lie that the season ended up being about. Now, Streep has some questions about her son’s death and is looking for answers.

Ha! Good luck with that Meryl effin’ Streep! It’s called Big Little Lies, not Big Little Fine, I’ll Tell You That Your Son Was Murdered By Some Bad Ass Ladies Because He Was a Serial Abuser.

Well, they’re saying this joint’s a limited series, but at this point who believes that anymore.

Maybe I’m not over this Big Little Lies thing? However, I’ll give them the benefit of the doubt.

Too Old to Die Young is the latest project from Danish director Nicolas Winding Refn (Drive, Only God Forgives, Bronson) and is said to have been conceived as a single story—one that is 13 episodes long. The show centers around an LA detective (Miles Teller), who has a nice little side hustle as a hitman that works under the tutelage of Viggo (John Hawkes.)

Like Bill Hader’s character in Barry, Teller’s character seems conflicted about his double life, but unlike Barry, not to the extent in which he’s looking to make a change.

City On A Hill Season One (Showtime, June 16)

Let me ask you something. Do you miss The Wire?

If you answered “yes,” then I have a follow-up question: are you cool with another show/movie set in Boston?

If you are, great! Let’s talk about City on a Hill!

The new Showtime series, produced by notable Bostonians Ben Affleck and Matt Damon, is set in Boston in the early 1990s and stars Kevin Bacon as a veteran FBI agent with corrupt tendencies and Aldis Hodge as an assistant district attorney from Brooklyn. The duo is going after the worst that early 90s Boston has to offer, a lot that most likely won’t include Mark Wahlberg (but maybe should).

The Wire comparisons come from the show’s goal of providing audiences with “a penetrating look at the larger criminal justice system and those who operate within it,” according to David Nevins, President & CEO of the network.

Can I ask you one more question?

If you answered “no” to that first question one about The Wire, what the hell is wrong with you?

You may very well think that Fox News is one of the biggest things wrong with this country of ours, but even still, you might still find the network fascinating. That’s where The Loudest Voice comes in.

The miniseries, based on Gabriel Sherman’s book The Loudest Voice in the Room, tells the story of the network’s earliest days and follows the man behind the network, Roger Ailes (Russell Crowe) as he rises in power and prominence and subsequently falls amidst allegations of harassment and abuse of power.

Crowe is buried beneath piles of makeup to play the late Ailes, a process he said resulted in him having “spent over 12 days of my life in this [makeup] chair.” The rest of the cast includes Naomi Watts, Seth MacFarlane, Sienna Miller, and Annabelle Wallis.

Will is fine now, Eleven is out there living her life, and everything seems totally okay in lovely Hawkins, Indiana.

Weird shit is still happening to these good people and a new monster (and rats) is stopping by to terrorize them—now during the summer months—which at least is somewhat of a positive. Summer is great.

As long as we get at least two appearances by Lucas’ sister, I’ll be good.

I do like the idea of a summertime version of Stranger Things, though, as the show expertly mines nostalgia and there’s tons to pull from when it comes to being a kid in the summer months of the mid-80s. So many bikes! So many!

I do have three questions about season three of Stranger Things:

I hope this show never goes away because it’s so much fun. But at the same time, these kids are getting older. We better enjoy it while we can.

Have I been longing for a Beverly Hills 90210 reunion for years and years, hoping that one day Brandon Walsh and Steve Sanders will reunite and make my life whole again?

Yet when I pictured a 90210 reunion, I’m not sure I ever pictured a reunion that was based not on the characters of the show but the stars of the show. I don’t think anyone did.

But that’s what we’re getting—a show about the original stars (Shannen Doherty, Jason Priestley, Jennie Garth, Ian Ziering, Gabrielle Carteris, Brian Austin Green, and Tori Spelling) all getting together to talk about the old days, what they’ve been up to, and possibly bringing the show back.

I don’t know man; it kind of sounds like when they tried to bring Seinfeld back on Curb Your Enthusiasm, but not as funny.

HBO, you had me at “Danny McBride returns to HBO.”

McBride and his frequent partners in crime, Jody Hill and David Gordon Green—all of whom were the brain trust behind Eastbound & Down and Vice Principals—are taking on the televangelist game this time around. McBride plays Jesse Gemstone, the son of famous televangelist Eli Gemstone (John Goodman). Eli’s other son, Kelvin Gemstone, is played by Adam Devine.

Here’s a ranking of the shows I’m most excited:

HBO hasn’t set a premiere date yet, only saying it’ll be debuting in August.

Succession is not the next Game of Thrones. I’m sorry, Vox. I love what you do but you’re wrong on this one. I truly believe that Thrones will be the last water cooler show. Unless something crazy happens, there won’t be another show that will bring that many people together again. There are too many options.

However, that’s not to say more people won’t get into Succession this time around than they did during the show’s first season last year. The show seemed to consistently build momentum as it went along during season one and with some time to build up anticipation for a second go-around (coupled with a lack of other options) I think Succession is primed to own the last few weeks of summer.

If you’re going to compare Succession to another HBO show, the one to compare it to is The Sopranos, but even that comparison is problematic. Succession is kind of a rare bird in that it’s very grounded, especially for HBO. Yes, it’s titans of industry living in luxury, but it’s not presidents or gangsters or royalty.

Or maybe it will be this time around. You never know what the second season of a television show might bring to the table.

As you can see, it’s shaping up to be a solid summer for television.