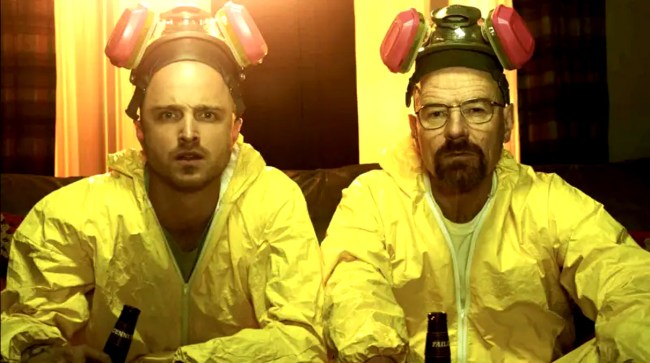 Peter Gould, one of the co-creators of and showrunner for Better Call Saul, says the upcoming sixth and final season of the show will forever alter the way we view Breaking Bad.

I wonder if they will finally admit that Breaking Bad is actually a prequel to Malcolm in the Middle. Let’s find out.

“In some ways, the fun of it is trying to make it all fit together and to make Better Call Saul its own coherent story in itself. And yet also, kind of create a frame around Breaking Bad,” Gould recently told The Hollywood Reporter.

Gould also admitted that trying to tie the two series together cohesively is like attempting to solve “the devil’s own Rubik’s Cube because we know where these characters are and we know kind of where some of them end up,” but he did get some help as Better Call Saul co-creator and creator of Breaking Bad Vince Gilligan is returning to do some writing for season 6.

“I like to think that Better Call Saul has done its own somewhat different thing with the materials that we have, but I don’t think anyone would have bought or made the show if we hadn’t done Breaking Bad first. So, I think the show’s always going to be in relation to each other. And I think there’s a world where just Breaking Bad exists by itself, but I don’t think there’s any world where Better Call Saul exists just by itself.”

As Gould also astutely points out, one of the interesting things about Better Call Saul is the fact that “the Breaking Bad of it all has us almost rooting for everyone to break bad and not good.” Can’t wait.