The Likelihood Of A Doctor Strange Appearance In ‘WandaVision’ Is Growing 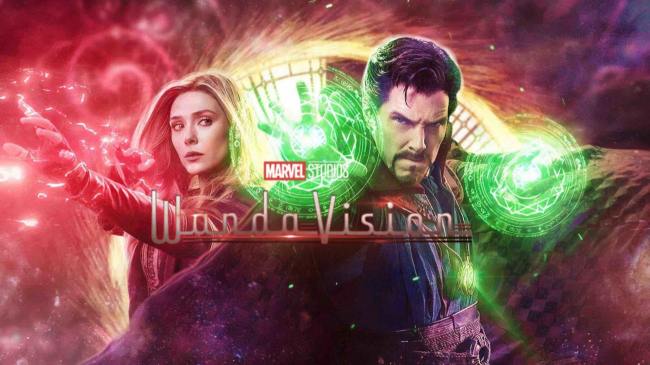 Over on the Post-Credit Podcast, while my co-host and I spend a majority of our time discussing the entertainment industry, we also work in the occasional sports reference and that’s largely to do with our shared gambling hobby. Now, while it’s possible to draw connections between the two — just last week we compared conflicting acting styles with the offseason preparation of Tom Brady and Aaron Rodgers — it’s rare that the two fields of interest overlap, especially when it comes to gambling. Sure, maybe you could’ve bet which Avengers would die in Endgame but beyond that, and outside of casting speculation, the gambling industry rarely crosses paths with the comic book movie industry.

But with both the Marvel Cinematic Universe and (legal) gambling growing exponentially, it’s only a matter of time until the two fields begin to legitimately crossover, so, with that in mind, I thought I’d bridge the two myself and try to play bookmaker.

The Sorcerer Supreme is the most likely Avenger to appear, so Doctor Strange is going to open with minus odds, clocking in at -110 to appear. Then, in second place, comes the recently name-checked Captain Marvel at +200. After all, episode five of WandaVision went out of its way to tie a thread between the two characters, as Monica Rambeau and Jimmy Woo debated their powers at the SWORD facility.

From there, it’s all multiversal long shots: Magneto and Reed Richards — two characters who’ve yet to debut in the Marvel Cinematic Universe — round out the group at +1000.

Doctor Strange is deservedly the favorite here, as we’ve long theorized on the Post-Credit Podcast that, being tasked with monitoring alternate realities, Strange simply has to show up at some point, for anything less would be a pure dereliction of duty.

RELATED: Is ‘WandaVision’ Building Towards A Doctor Strange Episode?

While we can’t guarantee which Avengers show up, if any at all, we can promise that WandaVision, now officially in the back-half of its season, will be nothing but a downhill sprint from here on out, more akin to the MCU third-acts that we’ve come to know and love.