Is ‘WandaVision’ Building Towards A Doctor Strange Episode? 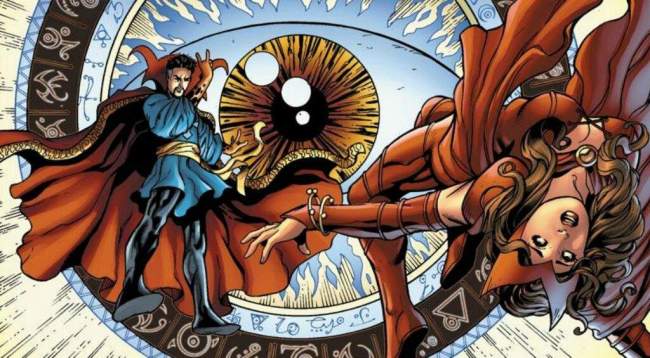 With WandaVision now entering what amounts to the back-half of its season (Episode 4 of 9 drops on Friday the 29th), the scope of the series is beginning to become clearer as Marvel continues to — slowly but surely — let fans in on what’s *really* going on in the mysteriously quirky suburban sitcom town of Westview.

As confirmed by the end of the third episode, “Now in Color”, Wanda is very much living inside her own “bubble” alternate reality, as we see the SWORD-necklace-wearing Monica Rambeau, pretending to be named Geraldine, flung from whatever reality Wanda is living in and back into the real world (more on SWORD and that weird beekeeper in Episode 2 here). And when it comes to alternate realities, there’s only one character in the Marvel Cinematic Universe that’s quite literally tasked with monitoring them all, and that’s the Sorcerer Supreme.

Working Doctor Strange into the events of WandaVision makes far too much narrative sense to ignore, especially when you consider that Marvel Studios has already told fans that the series will be tying into both Doctor Strange In The Multiverse of Madness AND the multiverse-spanning Spider-Man 3 (Elizabeth Olsen will also appear as Scarlet Witch in DS2, in fact, she’s already filmed her scenes).

Beyond the already established narrative connections, there are tangible reasons a character like Doctor Strange would need to get involved, particularly due to the uniquely mystical skill set he possesses.

When taking a measure of Scarlet Witch’s powers — telepathy, telekinesis, mind-control, reality distortion, etc. — you realize that the only Avenger who could remote equal her might in that field is Strange.

Whether it be helping Wanda to escape her alternate reality, protecting Earth’s reality, or helping with the defeat of the (probably) incoming introduction of Mephisto, a demonic shapeshifter with strong ties to the Sorcerer Supreme in the comic, the evidence is mounting that Marvel Studios is going to deliver on their promise that their Disney+ series will be crucial to the MCU’s narrative by looping in one of the most powerful Avengers: Doctor Strange.

Granted, while a fully Doctor Strange-featuring episode could merely be a pipe dream, given the weight of the character — think back to Infinity War and how he went toe-to-toe with Thanos — and word that the final few episodes of WandaVision will be on par with that of an MCU film, the marriage of the two feels inevitable.