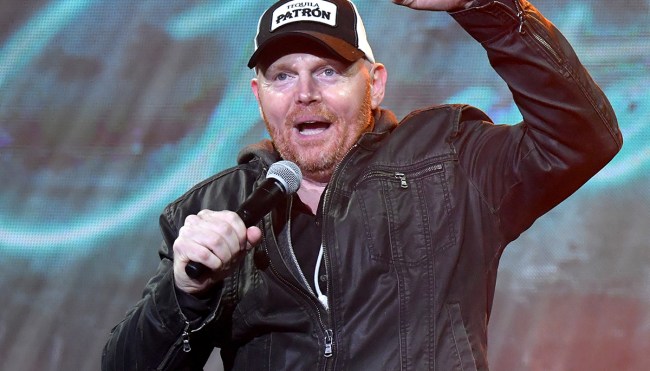 Bill Burr spent decades grinding on the standup scene before finally breaking into the mainstream around the start of the 2010s on his way to becoming one of the most formidable names the comedy world currently has to offer.

There are a number of factors that have played a role in Burr’s ascension to comedy royalty, but I’d argue nothing has been more instrumental than his ability to position himself as an incredibly relatable everyman; basically anyone who grew up in an Irish-Catholic family in New England has at least one uncle who can’t make it through a Thanksgiving dinner without delivering a Burresque rant with the help of the six-pack of Narragansett tallboys he put away before sitting down.

Burr has leaned into that character in a number of the acting roles he’s taken on in recent years in projects like The King of Staten Island, F is for Family, and a brief but hilarious stint on the woefully underappreciated Reservation Dogs. However, he’s also managed to branch out a bit, as he joined the Star Wars universe as a cast member on The Mandalorian despite his long history of mocking the sci-fi franchise and its famously diehard fans.

On Monday, Burr shed a bit more light on that change of tune when he chatted with Jimmy Kimmel about a variety of topics while promoting the final season of F is for Family.

During the conversation, he declined to self-identify as a “Star Wars Guy” while saying sports are his preferred diversion—which led to him expertly breaking down the biggest difference between those different groups of fans (the segment in question kicks off around the 5:05 mark).

Here’s what he had to say via Uproxx:

“It’s been interesting to go into that world because, you know, those fans are just as rabid as sports fans. But their vibe is totally different. Star Wars fans are like, ‘Hey, wow, I really, really liked you in that episode.’ They’re all like respectful and stuff.

And then like I always know it’s a sports fan because I’ll just be walking down the street with my wife and they’ll just say, ‘Hey, Billy Bitch Tits! Hey, the Pats suck!” And I’ll be like, “Hey, thank you! Thanks for listening to the podcast.'”