10 ‘Black Panther’ Fan Theories That, If True, Will Somehow Make The Movie Even Better 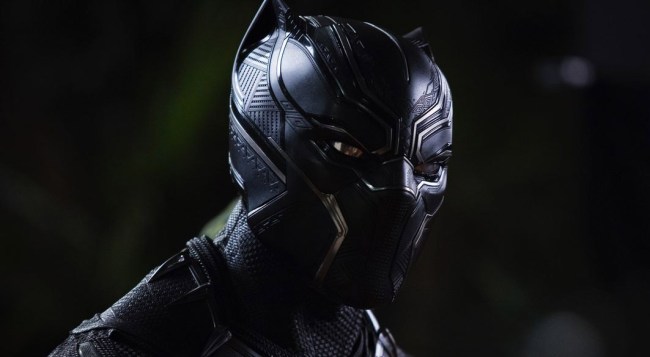 We certainly do love us some good fan theories, don’t we? Especially when it comes to Marvel and/or DC Comics movies.

And when it comes to Marvel movies, right now there is no Marvel movie hotter than Black Panther (at least until Avengers: Infinity War hits theaters). In addition to breaking all sorts of box office records, it was just announced on Tuesday that Black Panther is now the most tweeted about movie ever having just passed the 35 million tweets mark, beating out both Star Wars: The Force Awakens and Star Wars: The Last Jedi.

So it’s hard to imagine that there’s anything out there that could possibly make Black Panther better. However, that might just be the case if any of these fan theories below do turn out to actually be true.

The theories Screen Rant brings up in the video below include: that the last Infinity Stone (the Soul Stone) COULD actually be in Wakanda after all, that Andy Serkis’ Ulysses Klaue isn’t actually dead and could come back as a villain composed of sound, that Letitia Wright’s incredibly popular Shuri could take on the Black Panther mantle in the future, that Shuri helps to design Tony Stark’s new Iron Man armor, that M’Baku will turn on T’Challa in a future movie and become a Black Panther villain, that Namor the Sub-Mariner will be the villain in the next Black Panther movie, that Wakanda is working alongside the magic sanctums around the world, that Bucky Barnes is the new leader of the Wakandan War Dogs, that Wakanda will provide a safehouse for the Asgardian refugees from Thor: Ragnarok, and that Wakanda will provide the technology required to defeat Thanos.

Yep, I have to admit, if any one or more of those fan theories does come true, it will make the Black Panther movie somehow even better.