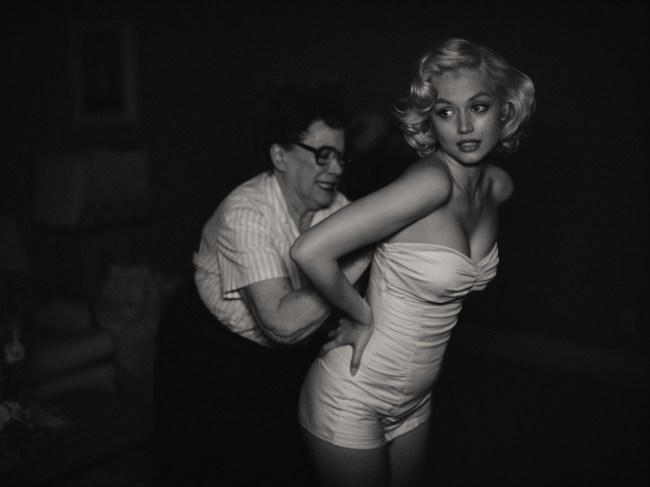 After it was originally supposed to release last year, Ana de Armas’ NC-17-rated Marilyn Monroe movie Blonde will finally be premiering in September at the Venice Film Festival before hitting the streaming service on September 23.

While the film has yet to officially be released, Blonde already has one confirmed fan as Joyce Carol Oates — the author of the book that the movie is based on — was full of praise for the film while appearing at the 21st Neuchâtel Intl. Fantastic Film Festival in Switzerland.

“Transforming into Marilyn always took [Baker] hours. Ana de Armas, the wonderful actress who plays her, I think it took her like four hours of makeup. So when you see them on screen, they don’t really exist. It’s like a fantastic image, but to make it a livelihood is to endure a good deal of anguish.” [via Variety]

Oates also praised director Andrew Dominik, who was thoroughly unrelenting in his vision for the now-infamously NC-17 rated film:

“Andrew Dominik is a very brilliant director,” Oates said. “I think he succeeded in showing the experience of Norma Jeane Baker from her perspective, rather than see it from the outside, the male gaze looking at a woman. He immersed himself in her perspective.”

In addition to de Armas, Blonde — which will hit Netflix on Friday, September 23 — stars Adrien Brody, Bobby Cannavale, and Julianne Nicholson. The film is directed by Andrew Dominik, who has also helmed The Assassination of Jesse James by the Coward Robert Ford, Killing Them Softly, and a few episodes of Netflix’s hit series Mindhunter.