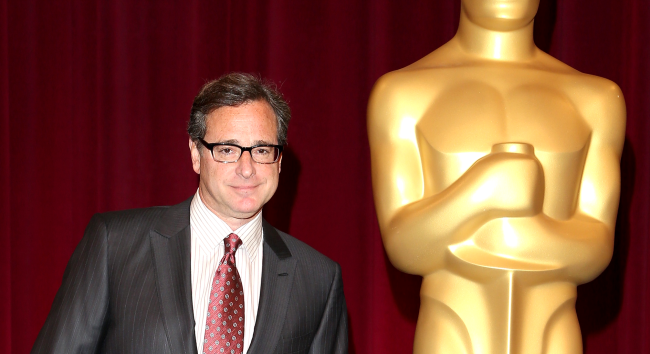 Every year, without fail, the Oscars somehow manage to leave someone they probably shouldn’t have out of the In Memoriam tribute that airs during their show.

For examples, in 2020, the Academy left Luke Perry out of their In Memoriam video even though the actor was in a Best Picture nominee, Once Upon a Time in Hollywood.

On the flip side, in 2017, the Oscars used a photo of a woman who was very much alive during the segment.

It’s like the people who run the Oscars are out of touch or something.

This year, the Academy of Motion Picture Arts and Sciences came through once again, inexplicably leaving the late Bob Saget out of its In Memoriam tribute video.

Granted, Bob Saget is best known for his work on TV with Full House and America’s Funniest Home Videos, but it’s not like he wasn’t involved in motion pictures.

Saget most recently directed and produced the movie Benjamin, directed the 1998 comedy Dirty Work with Norm Macdonald, and was involved in at least 16 other movies.

By the way, Norm Macdonald, who passed away on September 14, 2021, was also left out of the Oscars’ In Memoriam segment despite almost 30 movie credits.

Bob Saget, who was left out of the Oscars’ In Memoriam tribute, actually won an Academy Award

On top of that, Saget literally had already won an Academy Award – a Student Academy Award in 1978 for his documentary Through Adam’s Eyes.

So for him to be left out of the In Memoriam segment of this year’s Oscars was a bit of a head scratcher, and fans of the late comedian let the Academy know they weren’t happy about it.

Norm Macdonald and Bob Saget weren't in the Oscar death montage. Perhaps it's because they weren't primarily known as "movie people." Or perhaps it's because, despite this, they made the greatest movie of all time, Dirty Work (1998), and Hollywood never forgave them for it.

Of note, Betty White primarily worked in television, yet the Oscars made quite a big deal out of her death in their tribute.

Cancel the #oscars for not mentioning Bob Saget in the Memoriam

Sidney Poitier died in January 2022 and he was the first one included in the video. Bob Saget died 3 days after Poitier.

Shame on you @TheAcademy for not recognising @bobsaget #bobsaget in the #oscarsinmemoriam #TheOscars #Oscars #Inmemoriam #AcademyAward pic.twitter.com/UNw5bUQAtj

Send Will Smith to speak to that producer

Other people the internet were angry about being left out of the Oscars’ tribute this year were Ed Asner, Meat Loaf, Gaspard Ulliel, and Robert Downey Sr.

In 2020, after so many people complained about Luke Perry and Cameron Boyce’s omissions, the Oscars said in a statement, “The Academy receives hundreds of requests to include loved ones and industry colleagues in the Oscars In Memoriam segment. An executive committee representing every branch considers the list and makes selections for the telecast based on limited available time. All the submissions are included on Oscar.com and will remain on the site throughout the year.”