Best Picture Wasn’t The Only Oscars F*ck-Up, They Also Showed A LIVING Person During The ‘In Memoriam’ Segment 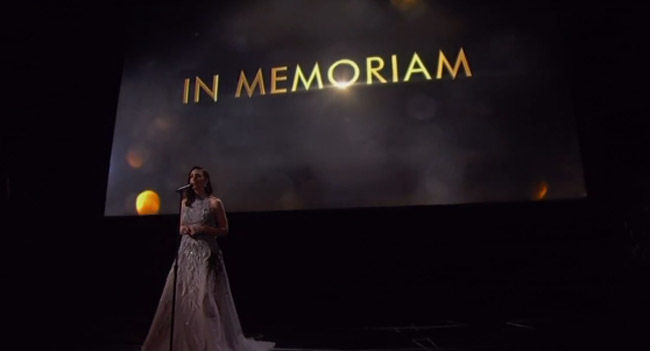 Between screwing up who won Best Picture, Jimmy Kimmel and Matt Damon’s continuing feud, and Nicole Kidman’s alien-like clapping the 2017 Oscars had many memorable moments.

The annual “In Memoriam” segment celebrating those we lost over the past year was also one of them, but, unfortunately, not for a good reason.

In a mistake that was arguably worse than messing up the Best Picture winner they used the photo of a woman who is very much alive, Jan Chapman, who actually knew the woman who was being honored, Janet Patterson.

Oh dear. The #Oscars put up what I think is a photo of Jan Chapman, instead of Janet Patterson, for the In Memoriam segment. pic.twitter.com/VbnO7u3HoS

Chapman and Patterson had previously worked together on The Piano and needless to say, Chapman was very disappointed in the mistake, telling Variety…

“I was devastated by the use of my image in place of my great friend and long-time collaborator Janet Patterson. I had urged her agency to check any photograph which might be used and understand that they were told that the Academy had it covered. Janet was a great beauty and four-time Oscar nominee and it is very disappointing that the error was not picked up. I am alive and well and an active producer.”

Here are the rest of the people who were honored on Sunday night. (Bill Paxton received a special tribute prior to the airing of this video.)