Bobby Shmurda Is A Free Man, Officially Released From Prison 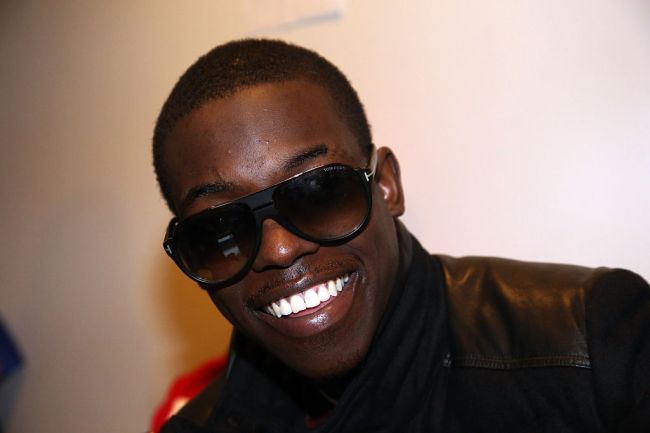 After serving six years and two months at the Clinton Correctional Facility in upstate New York, Bobby Shmurda is a free man.

The Brooklyn rapper was released just before 8:30 a.m. EST on Tuesday and will serve the remainder of his sentence under community supervision until the maximum expiration date of Feb. 26, 2026. Conditions of such a release include not leaving any area defined in writing by a parole officer without permission. 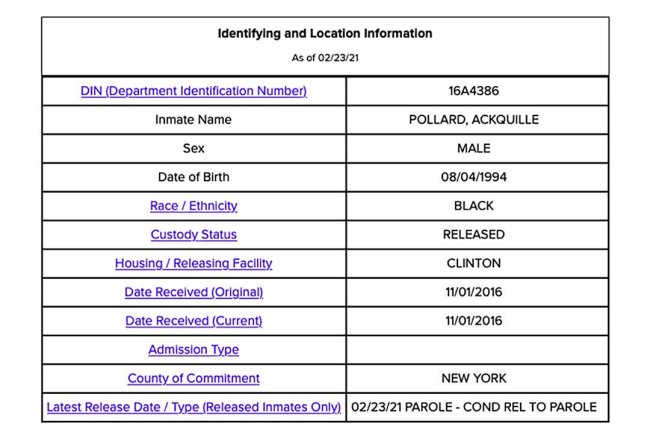 Shmurda, who was born Ackquille Pollard, accepted a plea deal in September of 2016 that showed what a true homie he really is. He, Rowdy Rebel, and co-defendant Nicholas McCoy plead guilty to fourth-degree conspiracy to criminally possess a weapon and second-degree criminal weapons possession. It was an agreement that helped his friend Rowdy serve less time.

“I did it for Rowdy,” he said at the time. “They offered me five [years] and offered Rowdy 12. They said the only way they’ll give him seven is if I took seven, too. So, you know, I had to take one for the dawg.”

He and 12 members of his GS9 crew were initially arrested in 2014 after an investigation into the collective. It was only five months after his breakout single, which peaked at No. 6 on the Billboard Hot 100 chart before Shmurda was caught up in legal matters. The song reached the Top 100 on Apple Music on Tuesday, seven years after it first dropped.

Initial charges included conspiracy, reckless endangerment and weapons, conspiracy in the second degree, three counts of conspiracy in the third degree, reckless endangerment in the second degree, two counts of criminal possession of a weapon in the second degree and one count of criminal possession of drug paraphernalia. He entered the prison system shortly after accepting the plea and less than a year into his stint, he was disciplined for fighting and charged with smuggling contraband into the prison. Shmurda was given an additional four years, which ran concurrently with his initial sentence.

A video was posted shortly after his release on Tuesday that showed the 26-year-old was to be on his way home in a private jet.

As for Shmurda’s plans moving forward, his mother Leslie Pollard said earlier this week that he will enjoy some time with family before he eases himself back into the creative process. Another video was posted of Shmurda FaceTiming his mom as soon as he was released.

Bobby Shmurda talking to his mother as soon as he got out pic.twitter.com/0qXh4kQ15h

Quavo said on Monday that he planned to personally escort Shmurda home from prison, and a third video proved him to be a man of his word. The Atlanta-based rapper was on the jet to go get his boy.

Bobby Shmurda on a jet with Quavo. pic.twitter.com/km9DUSzUcg

Shmurda’s release comes about 10 months early and he will be a free man for the first time since 2016— when Drake had just dropped Views, LeBron James was on the Cavaliers and Lil Uzi Vert was considered a new artist. Some of his post-prison plans were revealed in a meeting with parole officers earlier this year.

“I just got a lot of plans to just talk to like — I grew up in a lot of juvenile sentence, so I just want to talk to the juvenile kids, let them know that even when you come up in certain places, I feel that I was — I was raised, sometimes you feel deprived” he said. “You feel like you can’t be nothing and jail is it, that’s it,” he said. “I want to talk to those kids, you know, in those places and tell them they can be more and this is not it. Nobody want to spend their life in jail and I feel like they can do so much more.”

It looks like his first day out is already off to a great start.

First picture of Bobby Shmurda since he got released this morning 🔥 pic.twitter.com/wLwBtFtCC0

Of course, the internet had fun with his long-awaited release.

JUST IN: NASA officials report that Bobby Shmurda’s Hat has re-entered the atmosphere shortly after his release from prison https://t.co/vlXcCWolMq pic.twitter.com/rgkYLRegBm

It’s insane to think about how Bobby Shmurda has remained a notable name through all this time. And now he’s finally free! pic.twitter.com/hThQSTgbiz

BOBBY SHMURDA IS OFFICALLY OUT pic.twitter.com/1SBgmxKsOI

quavo on his way to pick up bobby shmurda today pic.twitter.com/vBcCeFXw8c

How Quavo is about to pick up Bobby Shmurda from the jail pic.twitter.com/Z4OQBMLbVC

Shmurda plans to enjoy an intimate family dinner tonight and after eating prison food for six years, he is going to enjoy every bite.