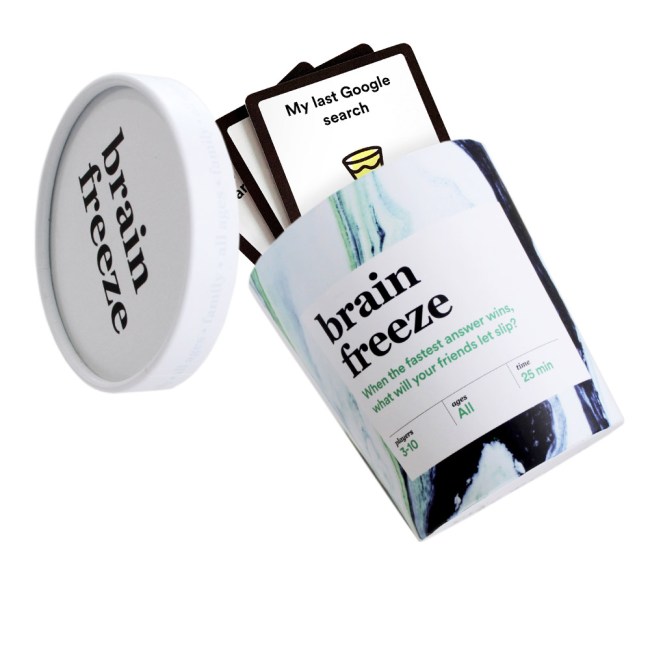 Presented in partnership with Player Ten…

You know that feeling when you blurt things out when you’re under pressure, maybe revealing a little bit too much about yourself when caught in the moment? Yeah, that’s always fun — well, for the people around you, who just found out a lot about you.

Rather than feel embarrassed that you’re the only one with deep, dark secrets, why not play a new card game called Brain Freeze, which is all about getting a random thought out as quickly as possible in order to win. Of course, naturally, there may be some brain freezes in there to beat opponents, which leads to some interesting revelations. 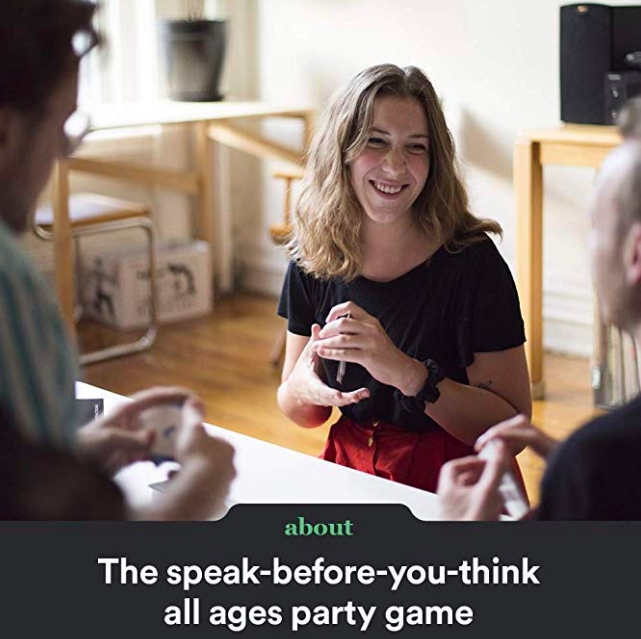 Sounds interesting, right? Well, for those of you who struggle with filtering your thoughts and words, Brain Freeze is a good way to have some fun — and you’ll get to know your buddies a helluva lot more by playing it. Plus, it’s simple to play, specifically designed for groups.

Just like that, you and your buddies will be blurting out things nobody ever knew about you. From revealing your most embarrassing moment, to telling your friends your least favorite animal — which might just accidentally be their annoying pup — players will yell as fast as they can in order to win; and answers won’t always be PC. 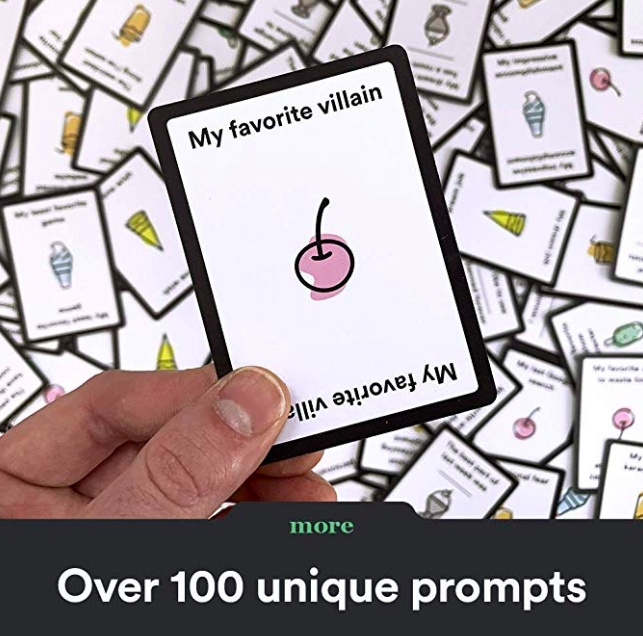 Made for all ages, Brain Freeze has over 100 unique prompts to get everyone’s wildest secrets to come out. Plus, there’s a NSFW version that’s specifically designed for all you dirty minds out there, just in case you want to raunch it up a little bit once the young guns aren’t around.

You can get to know your buddies over some drinks at a bar, or you can see the real them by prompting them to answer situations as fast as they can, which is sure to deliver some accidental diarrhea of the mouth. 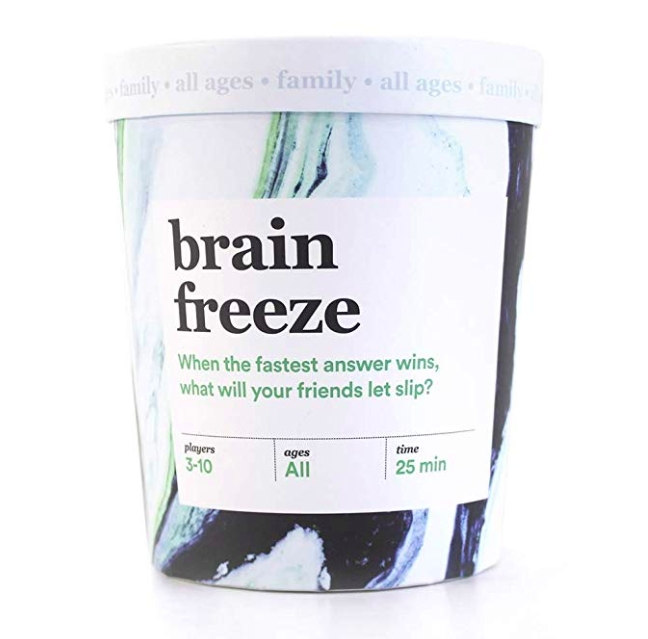