Bride Bans Meat-Eating Guests From Her Wedding, Including Family And Members Of Her Bridal Party 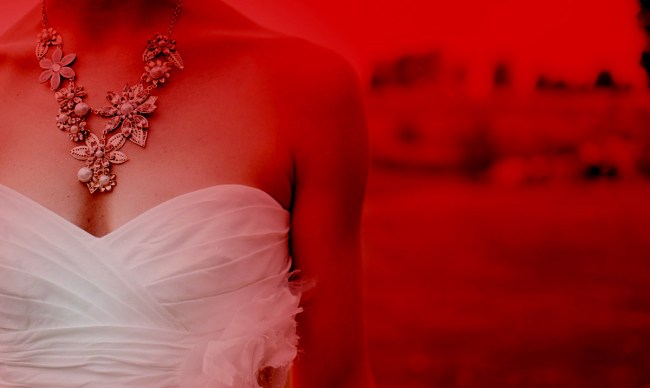 Some of the demands brides make of guests for their weddings are so outlandish it’s hard to believe that anyone actually attended.

We’ve seen brides threaten to uninvite guests if they don’t give her cash gifts at the engagement party.

We’ve seen a bride make demands involving “battling” and paying for the “privilege” of being in the wedding party.

We’ve seen a couple send out a list of outlandish “rules and regulations” for anyone attending their wedding.

And now we’ve got a bride uninviting meat-eating guests from attending her wedding, even if they are members of her family or the bridal party.

A screenshot of a message was recently posted on the insanepeoplefacebook sub-Reddit very subtly stated that “murderers” would not be welcome at this woman’s wedding. And by “murderers” she means anyone who eats meat.

“When ‘family’ tries to guilt you into letting them come to your fully vegan wedding even though they are omnivores,” read the message. “Just for some context, some family members were told they were not invited to my wedding because we don’t want to host murderers which is supposed to be one of the happiest days of our lives”

Call me crazy, but wouldn’t one of your happiest days be even better if your family were they to witness it? It’s not like they can’t eat the vegan spread. They may eat meat, but that doesn’t mean that’s ALL they will eat. Heck, wedding food usually sucks anyway so how would they even notice?

Apparently, the bride got wind of the post that went super viral on Reddit and decided to issue a response to all the haters.

“They have consistently attacked me and my partner just for being vegan but when it comes to my wedding, they want to be all buddy buddy with me again,” she wrote. “When I broke the news to them, all I got was attacked because I don’t want the weight of having people that still kill animals (the very beings we are trying to protect) at my wedding on my conscience.”