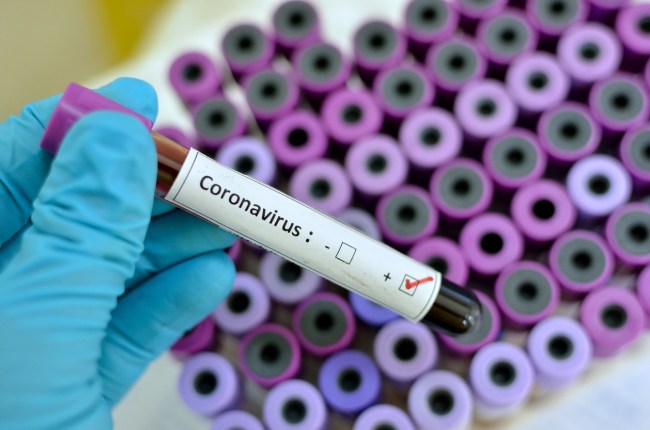 Last week, the World Health Organization reset the planet’s “Days Since Humanity Has Freaked Out Over A Potential Epidemic” counter back when it declared a global emergency as a fierce strain of treatment-resistant coronavirus continues to make its way around the Earth.

As things currently stand, 28 countries have at least one confirmed case of an illness that has resulted in over 20,000 people becoming ill and is responsible for the deaths of around 475 infected patients since it was originally detected in China around the end of last year.

There’s been a great deal of speculation concerning the origins of this superbug but most people believe it can be traced back to a food market in the city of Wuhan where vendors were selling animals—namely bats—carrying the disease (you might be surprised to learn they eat bats in China, but based on my experience during my time in the country, that’s not even close to the wildest thing you’ll find on a menu).

It didn’t take long for the disease to make its way to other locales, and after Chinese officials realized they had a bit of a problem on their hands last month, they suspended all forms of travel out of Wuhan before ultimately putting the city under quarantine (but not before five million people managed to dip out).

The 11 million residents who call Wuhan home are currently dealing with a fair amount of chaos—including Connor Reed, a British man who moved to China a few years ago before finding a job last year teaching English in what would eventually become the epicenter of a worldwide panic.

Reed is believed to be the first Brit to be diagnosed with coronavirus, as he was informed he’d been infected during what would eventually be a two-week hospital stay. He also has the honor of being one of the almost 800 patients who have been able to recover, which is especially impressive when you consider he declined to take any medicine in favor of crushing a bunch of whiskey.

Reed spoke with The Sun this week and shed some light on what he went through, and while he did use an inhaler he was given to help cope, he also gives some credit to a home remedy that involves heating up some whiskey and mixing in some honey until you run out.

At first glance, the science here seems pretty sound. Alcohol kills germs. Coronavirus is caused by germs. The logic speaks for itself.

I can’t vouch for the effectiveness of Reed’s method (and would certainly hope the medical professionals dealing with this crisis have a better plan) but with that said, there is some science that suggests the strategy can be beneficial when you’re fighting some (admittedly less) imposing illnesses.

With that said, I’ll take any excuse I can get to stock up on whiskey so off to the liquor store I go!