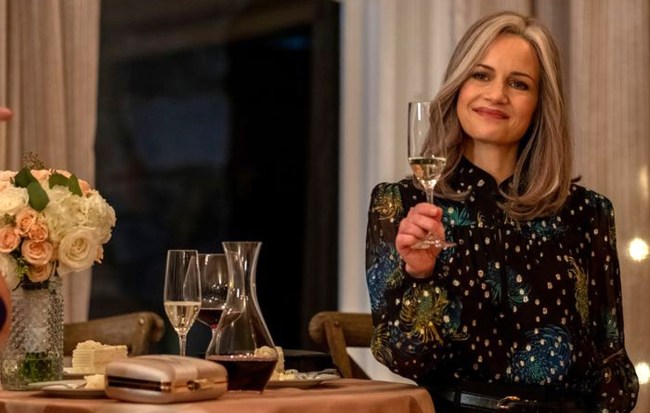 The “wonky British accents” being used in the Netflix hit The Haunting of Bly Manor are driving people in the United Kingdom nuts.

The one person whose fake British accent seems to be making people in the United Kingdom the most barmy (that’s British for mad or crazy) seems to be the accent being used by the story’s narrator Carla Gugino.

While Brits overall seem to be enjoying The Haunting of Bly Manor for the most part, their enjoyment of the show has been… limited, due to the accents.

Haunting Of Bly Manor episode one: Elliott from E.T. has turned up doing a really bad English accent. This isn’t distracting at all! 🙄

The result on social media is, at least as an American who doesn’t know any better, pretty freaking funny.

really enjoying the first episode of bly manor, but carla gugino’s british accent is so distracting. i don’t get it is is supposed to be posh with a mixture of northern? what is that

However, as Irish web site JOE points out, the most criticism might actually be directed at one of the actors on the show, Oliver Jackson-Cohen, who plays Peter Quint, and is… actually British.

It would be perfectly splendid if folk would start using actual Scottish people for Scottish roles. That accent was the most horrifying thing in The Haunting of Bly Manor. pic.twitter.com/6gjfMPMih3

Waited two years for the @haunting of Bly manor for it to be ruined by a horrific attempt at an English accent by the narrator and an even worse attempt at the scottish accent by Peter Quint. Absolutely grim.

The Haunting of Bly Manor a.k.a The Unnecessary Accent Show

Honestly, all these hilarious negative reactions to the bad British accents in The Haunting of Bly Manor might be more entertaining than the show itself. They’re certainly more fun than The Haunting of Hill House was. Go ahead, @ me.