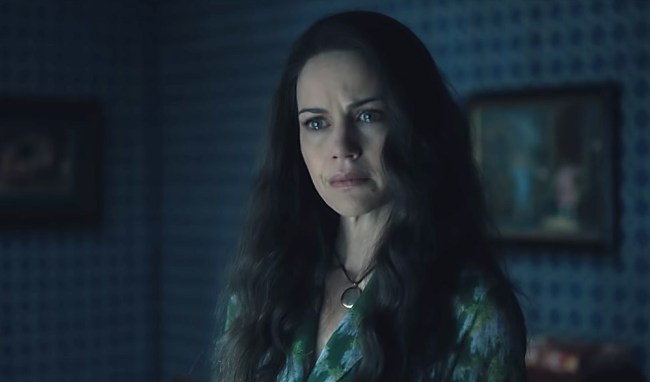 There were reports of viewers of Netflix’s adaptation of Shirley Jackson’s book having anxiety attacks, losing sleep and “terror vomiting,” whatever that is. (At least they didn’t wet themselves… that I know of.)

I think the show’s slow-burn (super-duper slow burn) must have lulled people into experiencing jump scares or something. (It just lulled me to sleep.) And some of those scares involved the numerous ghosts that inhabit Hill House and snuck up us in the background of so many scenes.

So, because it’s what they do, the folks over at IMDb put together a compliation video of the 43 ghosts they were able to find throughout the duration of the show.

For what it’s worth, the show’s co-creator Mike Flanagan had this to say about the video, “Think this is just about all of them but I’d have to check…” Though he also told Variety there were “70 to 80 ghosts that we never call attention to” in the background of various scenes. So make of that what you will.

The one thing we do know for sure is that one of the ghosts was Bruce Greenwood, who appeared in the fifth episode, making for a little Gerald’s Game reunion for him, Carla Gugino and Henry Thomas.

See if you can spot him in the compilation video below.