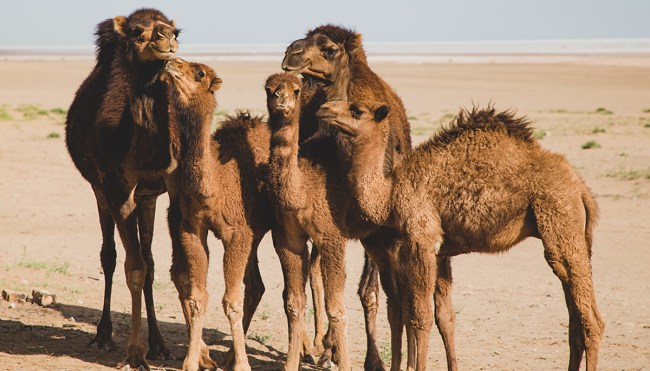 If you’ve ever seen the amazing Christopher Best movie Best in Show or went through a Toddlers & Tiaras phase in your life for some reason, then I don’t have to tell you the people who enter their pride and joy into contests where they’re largely based on their appearance will go to great lengths to ensure they come out on top.

If you’re familiar with the culture of Saudia Arabia, you might be under the impression that beauty contests aren’t exactly a ubiquitous event within its borders. However, there is apparently one notable exception in the form of a competition featuring the most attractive camels the country has to offer.

Earlier this month, the King Abdulaziz Camel Festival kicked out outside of the capital city of Riyadh, where breeders from around the kingdom traveled with their prized animals in tow in the hopes of taking home a piece of a purse worth around $66 million.

According to ABC News, the camels are judged on a number of physical features, with officials searching for genetically-ideal heads, necks, and, humps (they’re also evaluated on their dress and posture). Unfortunately, more than 40 aspiring entrants saw their dreams of being crowned Saudia Arabia’s Most Beautiful Camel crushed due to newly-instituted “specialized and advanced” screenings that led to their disqualification.

One of the culprits responsible for the mini-scandal was the Botox injection the owners of the camels in question used to firm up their features like an over-the-hill actress who’s been celebrating her 39th birthday on an annual basis for the past six years. The outlet says the breeders “injected camels’ heads and lips with Botox to make them bigger,” with others using steroids to enhance the size of muscles along with other substances to achieve the ideal aesthetic.

I for one am glad to know there are plenty of people who’ve committed their lives to ensuring the integrity of camel beauty contests is never compromised. We can all sleep better tonight.