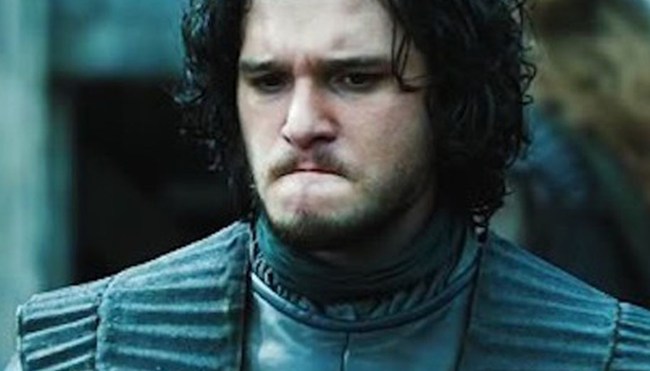 On May 19, 2019, the Prestige Television Era that was ushered in by HBO in the late 1990s essentially came to an end in the most underwhelming manner possible with the airing of the final episode of Game of Thrones, a series that didn’t end with a bang nor a whimper but with the sound of the kind of fart that makes you have to head to the bathroom to check your underwear.

As we recently learned, George R.R. Martin was one of the many people who voiced some concern about the direction the show was heading around the time it stopped being appointment television and started being the kind of series you’d only recommend to an enemy so they can waste more than 60 hours of their life they’ll never get back.

Game of Thrones may have left a taste in the mouth of many fans that makes sucking on a lemon Warhead seem like a dandy time, but that hasn’t stopped the network behind it from attempting to milk the property for all it’s worth. Earlier this year, HBO revealed its plan to add more spinoff projects into an already crowded development pipeline that includes the prequel series Tales of Dunk and Egg and House of the Dragon (the latter of which got a teaser back in October).

HBO had also planned to release another prequel tentatively titled The Long Night, but in 2019, it announced it had decided to shelve the series after a pilot featuring Naomi Watt in a lead role was filmed in Northern Ireland—and based on details shared by an executive in a new book, that decision came at one hell of a cost.

According to Insider, the recently released Tinderbox contains an interview between author James Andrew Miller and Bob Greenblatt, who took on the role of chairman of WarnerMedia Entertainment in 2019 before being fired the following year.

While he may not have left a huge mark during his brief tenure, he did play a key role in deciding to pull the plug on the aforementioned prequel after viewing a pilot that set HBO back a very pretty penny:

“They had spent over $30 million on a Game of Thrones prequel pilot that was in production when I got there And when I saw a cut of it in a few months after I arrived, I said to Casey [Bloys], ‘This just doesn’t work and I don’t think it delivers on the promise of the original series.’

And he didn’t disagree, which actually was a relief. So we unfortunately decided to pull the plug on it. There was enormous pressure to get it right and I don’t think that would have worked.”

Credit where credit is due for not falling victim to the sunk cost fallacy, but it’s still pretty wild to think HBO spent $30 million on a single episode of television that will never see the light of day.