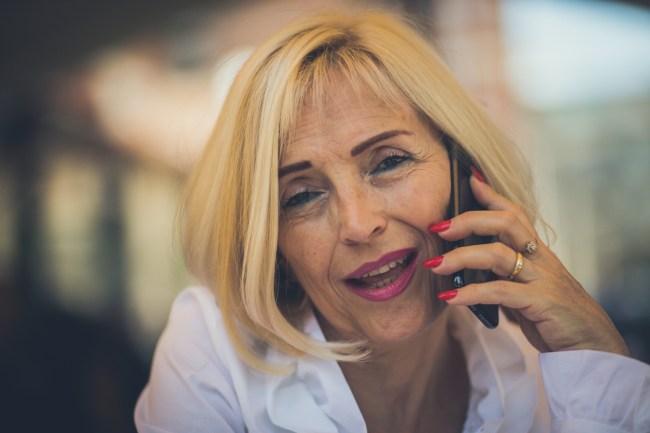 One of the super fun parts about writing online for a living is getting the dopamine rush that comes with receiving a Twitter notification only to almost always end up channeling your inner C.J. from Grand Theft Auto: San Andreas by muttering “Ah shit, here we go again” after realizing the tweet came courtesy of someone who got Extremely Mad Online after reading something you authored.

This is what happened last year when I covered a letter to The Baltimore Sun that was penned by a truly lovely lady who was not happy with Lamar Jackson for giving Rolexes to his teammates for Christmas instead of donating money to a good cause like he already had on previous occasions.

The woman in question was named Karen, which provided me with the opportunity to make the admittedly easy but practically obligatory observation about how appropriate it was that a letter dripping with condescension and entitlement was penned by someone with that moniker, which has become synonymous with women sporting the signature “I Want To Talk To The Manager” haircut who love nothing more than drinking a glass of white wine with ice cubes on a Wednesday afternoon while promoting their multi-level marketing “business” on Facebook (and occasionally taking breaks to tell medical professionals they’re friends with why vaccines are dangerous).

This apparently didn’t sit well with another Karen, who stormed into my mentions with a vengeance and accused me of being Karenist for painting all of them with a broad brush. She was also not thrilled with the snarky responses I don’t really remember sending because the only reason I bothered engaging her was that I’d been drinking alone in my apartment and had nothing else to do that night.

I haven’t heard from her since then, but I would loooooove to know her reaction to the proliferation of the meme over the past few months thanks in no small part to the pandemic that has seemed to have driven tons of Karens to the brink of batshit insanity (if they weren’t already there).

The inexplicable politicization of masks has resulted in the Karen market seeing a massive rally in recent weeks thanks to videos like the one where a woman goes apeshit in a Target because they had the nerve to sell them and another featuring a woman in a store who wasn’t wearing one coughing on someone after being told she had to leave.

There’s also a subcategory of Karens whose brains are seemingly hardwired to call the police when they encounter a minority in public who is doing, well, basically anything, as exemplified by one woman in Central Park and far too many other examples that seem to surface on a daily basis.

Now, Shamann Walton—who sits on San Francisco’s Board of Supervisors—has decided to address that issue by proposing legislation that would allow charges to be filed and fines levied against people who call 911 for no other reason than “There’s a person with different skin near me and I don’t like that.”

According to Complex, the idea is similar to that proposed by state assemblyman Rob Bonta, who introduced Assembly Bill 1550 earlier this month—a name that pales in comparison to what Walton dreamed up: The CAREN Act.

Racist 911 calls are unacceptable that's why I'm introducing the CAREN Act at today’s SF Board of Supervisors meeting. This is the CAREN we need. Caution Against Racially Exploitative Non-Emergencies. #CARENact #sanfrancisco

Sure, it might not solve racism once and for all but it’ll still rile up Karens, and at the end of the day, it’s the little things in life that keep me going.