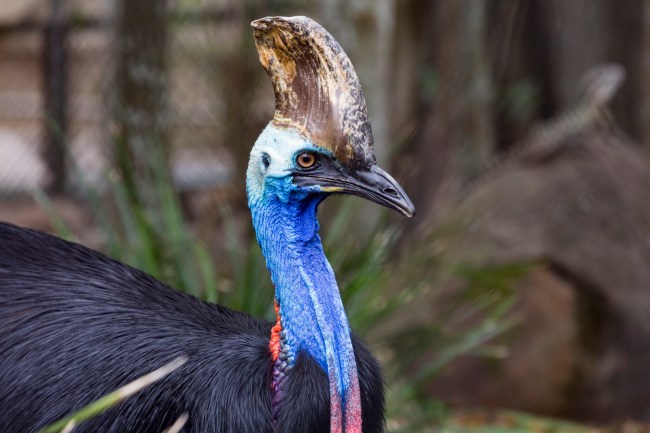 Back on April 12, news broke that a 75-year-old Floridian man named Marvin Hajos was killed on his farm by frightening, towering bird that made up one of 100 exotic animals that belonged to Mr. Hajos.

Marvin Hajos placed a desperate call to 911 saying he was bleeding to death after he was attacked by his pet cassowary. Here's everything you need to know about the bird that can shred someone "like a velociraptor." https://t.co/Oxb0iIs4vF pic.twitter.com/4ZzzVXyNpR

The man was killed after falling on a path near the enclosure of his two cassowaries, a flightless bird that’s been referred to as the “world’s most dangerous bird.” Cassowaries stand up to 6 feet tall and weigh up to 130 pounds, making them the third-tallest and second-heaviest living bird. Cassowaries have 4-inch, dagger-like claw on each foot, that served as the fatal weapons used against Marvin Hajos.

“The cassowary can slice open any predator or potential threat with a single swift kick. Powerful legs help the cassowary run up to 31 miles per hour through the dense forest underbrush,” the San Diego Zoo website writes.

Now, the animal that murdered Mr. Hajos will be sold at auction on April 27, along with the 100 other exotic species the man looked after.

Gulfcoast Livestock Auction in Madison posted on Facebook that the sale of the animals was Hajos’ wish:

One of Marvin’s wishes were his animals be sold at auction as soon as possible. This is an absolute auction and complete dispersal of his animal collection.

But not just any Tom, Dick, or Jerry can purchase the lethal bird. Owners must have a permit and “substantial experience and specific cage requirements must be met.”