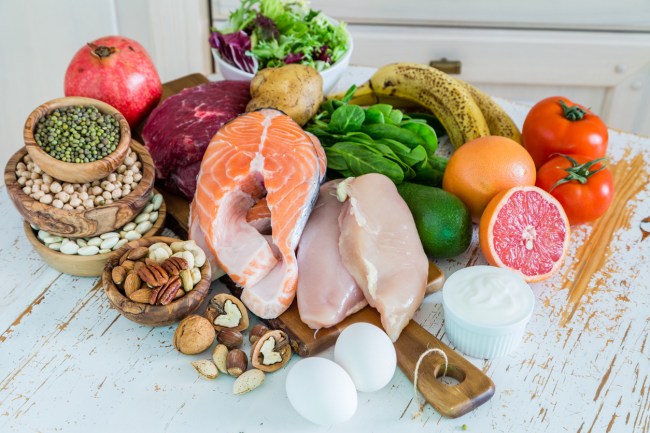 Everyone is searching for the fountain of youth to attempt to delay their inevitable demise. While many seek out potions and pills to extend their lifespan, the key to a long life could be on the plate on your dining room table. A new scientific study finds that changing your diet can have significant effects on living longer, but the sooner you start the better.

“Sustained change from a typical to an optimized diet from early age could translate into an increase in life expectancy of more than 10 years,” claim the Norweigan authors of a scientific study published in the open-ended journal PLOS (formerly the Public Library of Science)

“Our results indicate that for individuals with a typical Western diet, sustained dietary changes at any age may give substantial health benefits, although the gains are the largest if changes start early in life,” the researchers assert. “An optimal diet had substantially higher intake than a typical diet of whole grains, legumes, fish, fruits, vegetables, and included a handful of nuts, while reducing red and processed meats, sugar-sweetened beverages, and refined grains.”

However, the study finds that altering your diet by your 20s has increased benefits than changing it later in life. The researchers claim that 20-year-old males who adopt a healthier diet extend their life 13 years. Females who better their eating choices can add 10.7 years.

There are still benefits of changing your eating habits at older ages, but they are not as pronounced, according to the research.

CNN reported, “Focusing on a healthier diet could also lengthen the lives of older adults, the study said. By starting at age 60, a woman could still increase her lifespan by eight years. Men starting a healthier diet at age 60 might add nearly nine years to their lives.”

For those who are 80-years-old who practice a healthier diet could gan approximately three years.

“The methodology provides population estimates under given assumptions and is not meant as individualized forecasting, with study limitations that include uncertainty for time to achieve full effects, the effect of eggs, white meat, and oils, individual variation in protective and risk factors, uncertainties for future development of medical treatments; and changes in lifestyle,” the authors of the study note.

RELATED: Grab Some Nuts To Help With Your Fertility Issues