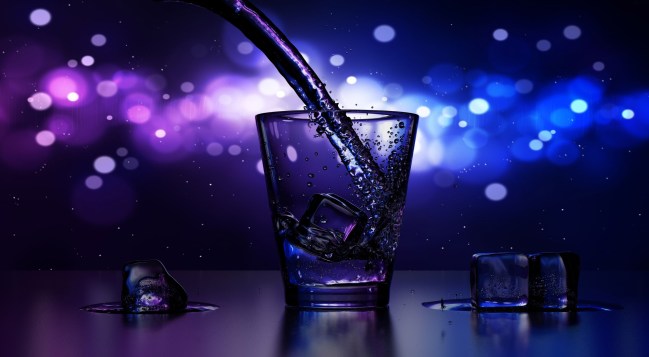 Yeah, yeah, yeah… we’ve seen all the lists for the Best Cities for Beer Drinkers, and Best Locations to Have a Bachelor Party, and the Drunkest Cities in America, and so on.

But which cities will give you the most band for your alcoholic buck?

The folks over at bus and train travel platform Wanderu.com feel our financial pain, so they decided to help us out.

To determine this very important data, their rankings are based on cumulative data for each city, and include…

That pretty much covers it, right? On to the rankings.

Helloooo, Wichita! Nice to see you too, Cincinnati, Tampa, Baltimore and Arlington.

Now let’s move on to the cheapest and most expensive drinking cities by category.

Rolled into the these rankings are the average price in each city for a variety of beverage types: wine, beer, cocktails. If you’re a one-drink pony like James Bond and all you ever order are vodka martinis (shaken, not stirred), then the comprehensive rankings probably matter less to you than the specific category breakdowns below.

Cities With the Cheapest and Most Expensive Cocktails 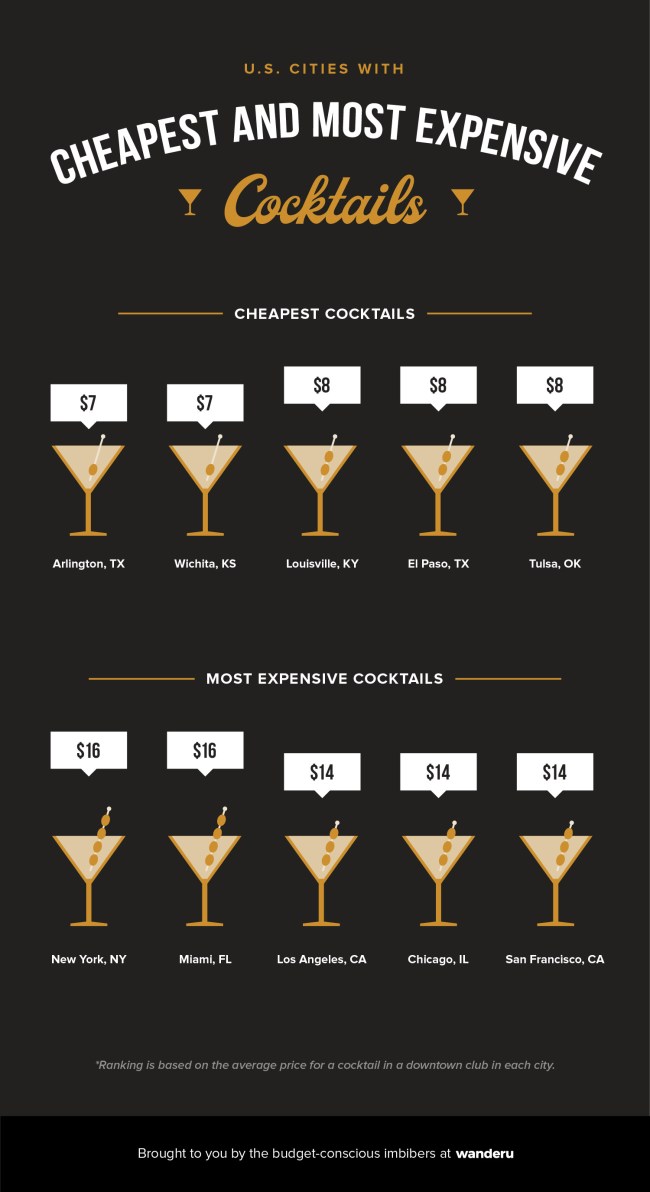 If you’ve ordered a gin and tonic in Manhattan or South Beach, then their rankings will come as little surprise.

Cities With the Cheapest and Most Expensive Price for a Pint 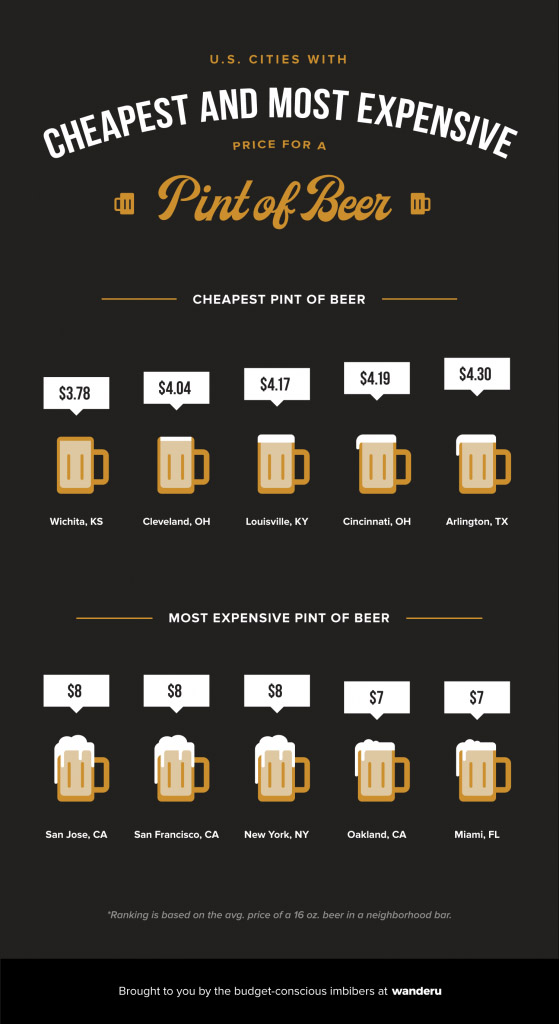 Shocker. Middle America is best place to grab a pint.

Cities With the Cheapest and Most Expensive Price for Wine 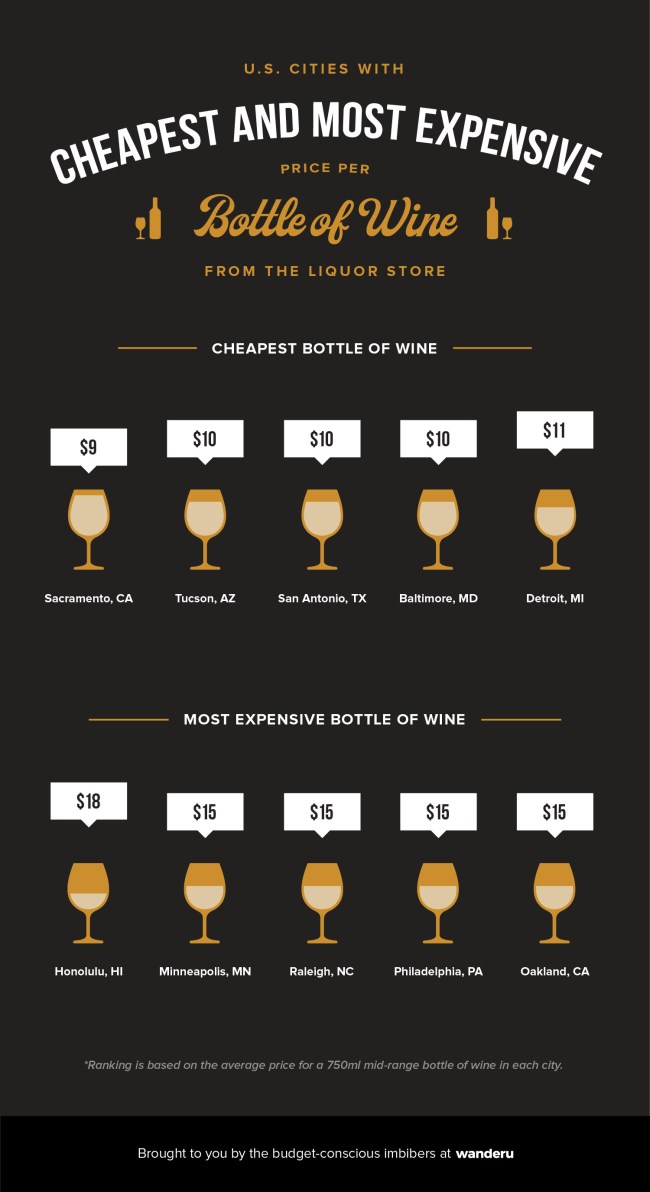 Sacramento snags the number one spot as our cheapest city for a bottle of wine, possibly because of its closeness to California’s wine region without the metropolis markup of San Francisco 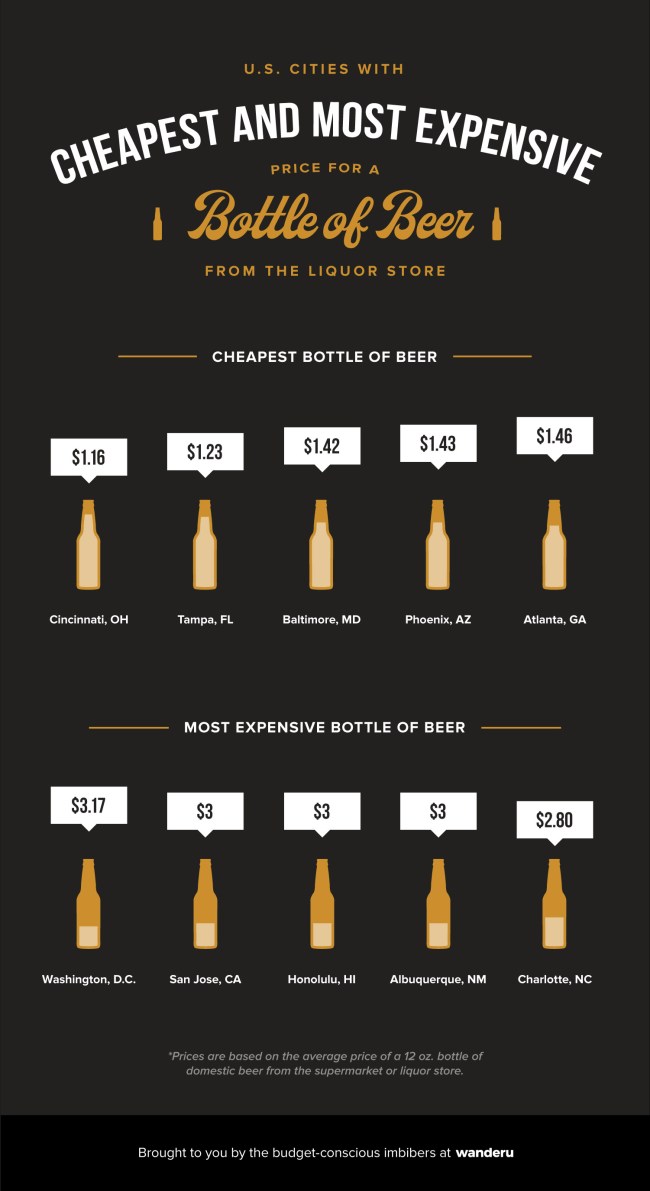 This category looks at the average price of a bottle of domestic beer from the liquor store or supermarket, and once again, the Midwest is best.

Cities With Most Cheap, High-Quality Bars 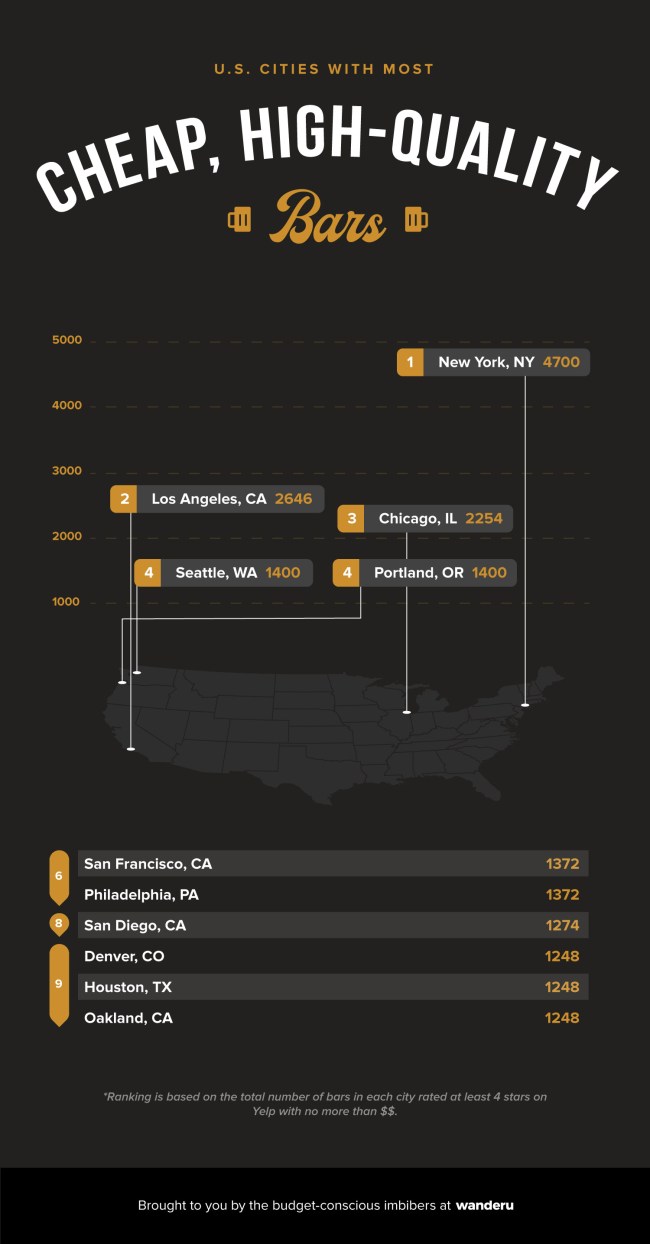 Here’s where big cities take over, due to the sheer volume of establishments, but don’t sleep on the Pacific Northwest.