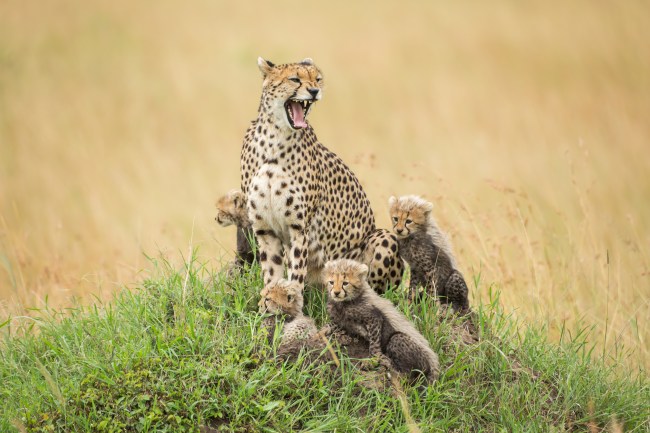 A Seattle man came face to face with one of the most majestic creatures on the planet when a cheetah jumped into his Jeep during a safari in Tanzania.

According to ABC, three cheetah brothers approached the group of tourists, with a couple jumping on the man’s jeep and one making its way into the backseat.

The guide told the group not to move or make eye contact so the cheetah would not see them as a threat.

Incredible video shows a cheetah on a hunt jumping into a jeep to find a better scouting spot. The passenger stayed quiet and didn’t make eye contact so the cheetah didn’t see him as a threat. https://t.co/vQm1lmCLtv pic.twitter.com/mnKugvik4v

If that’s not an ‘oh shit what have I done?’ face I don’t know if I’ve ever seen one. 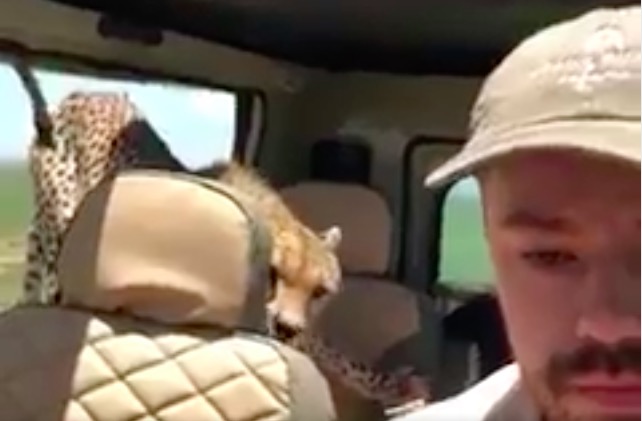 It’s easy to fall under the idea that every wild animal wants to rip your head off and wear your face like a skin suit, but that is hardly the case. For ever Siegfried and Roy story, there’s a Sirga the lioness story. Fuck with and get fucked with is the justified rule of thumb for most of the animal kingdom. Get over yourself, bro, you’re not that delicious.

And with cheetahs, things are no different. According to Owlcation, deaths related to big cats (including leopards and Jaguars) in captivity are rare–occuring from zero to three times a year in the U.S. since the 1990s. As of 2017, there were only two recorded fatalities from cheetah deaths–one death was a young child and the other was a grown woman who entered  a cheetah enclosure without permission.

With that said, I would not recommend entering the wild wearing a meat suit and trying to give the animals wet willies.