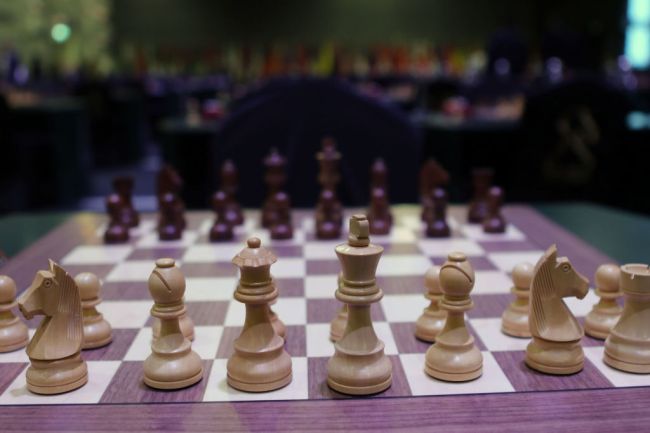 To paraphrase the great fashion designer Jacobim Mugatu, Cheating is “so hot right now.” There have been cheating allegations in the professional fishing world and allegations of cheaters in a high-stakes, all-cash poker tournament. Plus, there is a cheating scandal that has rocked the world of chess.

Magnus Carlsen – the number-one chess player in the world for over a decade – accused rising 19-year-old chess star Hans Niemann of cheating.

“At the 2022 Sinquefield Cup, I made the unprecedented professional decision to withdraw from the tournament after my round three game against Hans Niemann,” Carlsen wrote in a statement posted to Twitter. “A week later during the Champions Chess Tour, I resigned against Hans Niemann after playing one move.”

“I know that my actions have frustrated many in the chess community. I’m frustrated. I want to play chess,” Carlsen continued. “I want to continue to play chess at the highest level in the best events… When Niemann was invited last minute to the 2022 Sinquefield Cup, I strongly considered withdrawing prior to the event… I believe that Niemann has cheated more and more recently than he has publicly admitted.”

“His over-the-board progress has been unusual, and throughout our game in the Sinquefield Cup I had the impression that he wasn’t tense or even fully concentrating on the game in critical positions, while outplaying me as black in a way I think only a handful of players can do. This game contributed to changing my perspective,” Carlsen said of Niemann. “We must do something about cheating, and for my part going forward, I don’t want to play against people that have cheated repeatedly in the past because I don’t know what they are capable of doing in the future.”

“I believe that cheating in chess is a big deal and an existential threat to the game,”Carlsen added. “I also believe that chess organizers and all those who care about the sanctity of the game we love should seriously consider increasing security measures and methods of cheat detection for over-the-board chess.”

My statement regarding the last few weeks. pic.twitter.com/KY34DbcjLo

Chess.com – the self-proclaimed “#1 platform for online chess” – issued a report about the cheating scandal allegations against Niemann.

“We present evidence in this report that Hans likely cheated online much more than his public statements suggest,” the chess website stated. “However, while Hans has had a record-setting and remarkable rise in rating and strength, in our view, there is a lack of concrete statistical evidence that he cheated in his game with Magnus or in any other over-the-board (“OTB”)—i.e., in-person—games.”

Chess.com uninvited Niemann from the site’s upcoming major online event and “revoked his access to our site based on our experience with him in the past, growing suspicions among top players and our team about his rapid rise of play, the strange circumstances and explanations of his win over Magnus, as well as Magnus’ unprecedented withdrawal.”

“The Chess.com report backed up Carlsen’s assessment of Niemann’s uncommonly rapid climb up Fide’s world ratings – a gain of 350 Elo points in four years and an astonishing surge from 2,500 to 2,600 in just three months – describing his rise as ‘statistically extraordinary’ while stopping short of concluding that he’s cheated in any over-the-board games,” The Guardian reported.

Chess.com concluded, “We are open to continuing a dialogue with Hans to discuss his status on Chess.com. We believe that chess organizers, federations, companies, and players can all work together more effectively to create great—and assuredly fair chess events.”

According to the Wall Street Journal, the report “alleges that Niemann likely received illegal assistance in more than 100 online games, as recently as 2020. Those matches included contests in which prize money was on the line. The site uses a variety of cheating-detection tools, including analytics that compare moves to those recommended by chess engines, which are capable of beating even the greatest human players every time. ”

Niemann has consistently denied any wrongdoing or cheating to defeat Carlsen. He did admit that he had only cheated twice in his life.

“I cheated on random games on Chess.com,” Niemann confessed. “I was confronted. I confessed. And this is the single biggest mistake of my life. And I am completely ashamed. I am telling the world because I don’t want misrepresentations and I don’t want rumours. I have never cheated in an over-the-board game. And other than when I was 12 years old I have never cheated in a tournament with prize money.”

“The focus of the investigation would be twofold: checking the world champion’s claims of alleged cheating by Niemann and Niemann’s self-statement regarding online cheating,” Fide noted. “The panel will ensure a fair ruling, protecting the rights of both parties during the investigation.”