Chet Hanks Unloads On Tekashi 6ix9ine With The Force Of 1,000 Captain Phillips 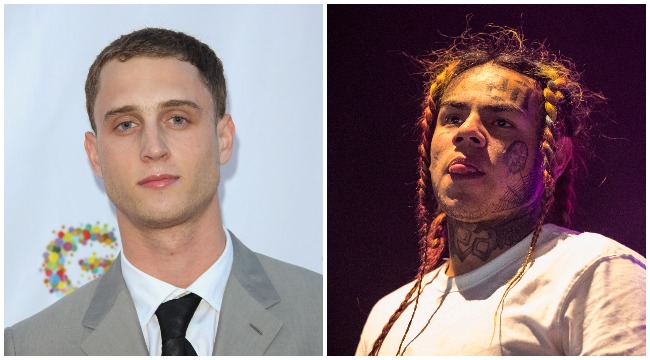 Yo, I know you don’t know me personally, but if you ever fuck with Chet Hanks, I’m going to find you and we’re going to have a problem. Simple as that.

And to be frank, I cannot think of anyone who’s voice is more credible on the state of the rap game than Mr. Roger’s son.

Chet went haywire on World Famous Snitch Tekashi 6ix9ine for reasons I cannot say, but I’m sure it was totally messed up and relevant to his own life.

“He literally told you on the stand that “the gangster image was just a persona to boost my career” only to get out talking about upping 100 shots at the chicken spot??? And ya’ll still going for it”

Quick break, here. I believe Chet is saying how it is wrong to pretend you’re someone you’re not. For example, being Tom Hanks’ son and holding up two double-barrel pistols.

“Don’t be fooled by social media that dude is SCARED SHITLESS but has no choice but to laugh and make light of it ciz he knows he’s a marked man for the rest of his life either way.”

“People see a bunch of jewelry and diamond teeth and numbers on Instagram and actually believe dude is really happy as fuck living the life…All I see is FEAR.”

Sorry to interrupt this article, but can we get a quick update on what Tom’s doing?

Groovy #CouchParty today for, like, oh what’s the word? DEMOCRACY, that’s it. @WhenWeAllVote. I’ll be there.

Ok, thanks Tom. And just as a friendly reminder, your son is in the basement drinking Surge inserting himself into gang relations.

Chet has worked himself into an obvious rage over Tekashi, and this is the response he gets.

Say what you will about Tekashi—snitch, coward, phony—but don’t you ever say that there is a better troll in the game than him. Fake kindness always hurts more than raw hatred. Chet pours his heart into a four-post diatribe and Tekashi responds by not even acknowledging his existence.

Gotta hand the W to Tekashi on this one, but that still doesn’t knock Chet off the throne. Kings stay kings.

Tom, what you think?

Chet Hanks: “Dad must be in a Bloods neighborhood.”